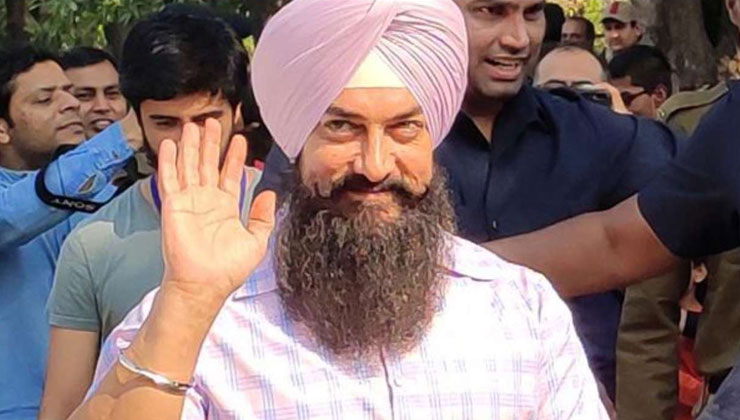 Aamir Khan Productions has dismissed claims that the crew of Laal Singh Chaddha polluted a shooting location in Ladakh and left the place dirty. Aamir and his team has been shooting in Ladakh for the film that will feature Kareena Kapoor Khan opposite him. Nearly a week after a video from the shoot location went viral online and alleged that the team had left the place dirty and full of trash.
Now the production house released a statement after a Twitter user shared a video from Wakha village and accused the cast and crew of ‘Laal Singh Chaddha’ of polluting the place.

“AKP would like to clarify that as a company we follow strict protocols for cleanliness in and around our shooting spaces. We have a team which makes sure that the location is kept trash-free at all times. At the end of the day, there is a re-check of the entire location. At the end of the entire schedule, we make sure that when we leave a location, we leave it as clean, or cleaner that we found it,” the statement said.

Aamir Khan’s Productions said that local authorities can check the film’s location ‘anytime they like’. “We believe that there are some rumours/allegations about our location not being kept clean. We strongly deny such claims. Our location is always open to relevant local authorities to carry out checks anytime that they like,” the statement further read.  ‘Laal Singh Chaddha’ also stars Naga Chaitanya and Kareena Kapoor Khan in pivotal roles. The comedy-drama film was originally slated to hit the silver screens in the Christmas of 2020; however, it is postponed due to the COVID-19 crisis.

The film, directed by Advait Chandan, is now expected to arrive in the cinema halls during Christmas 2021, if things go as planned.  The cast and crew are filming an important war sequence in Ladakh.