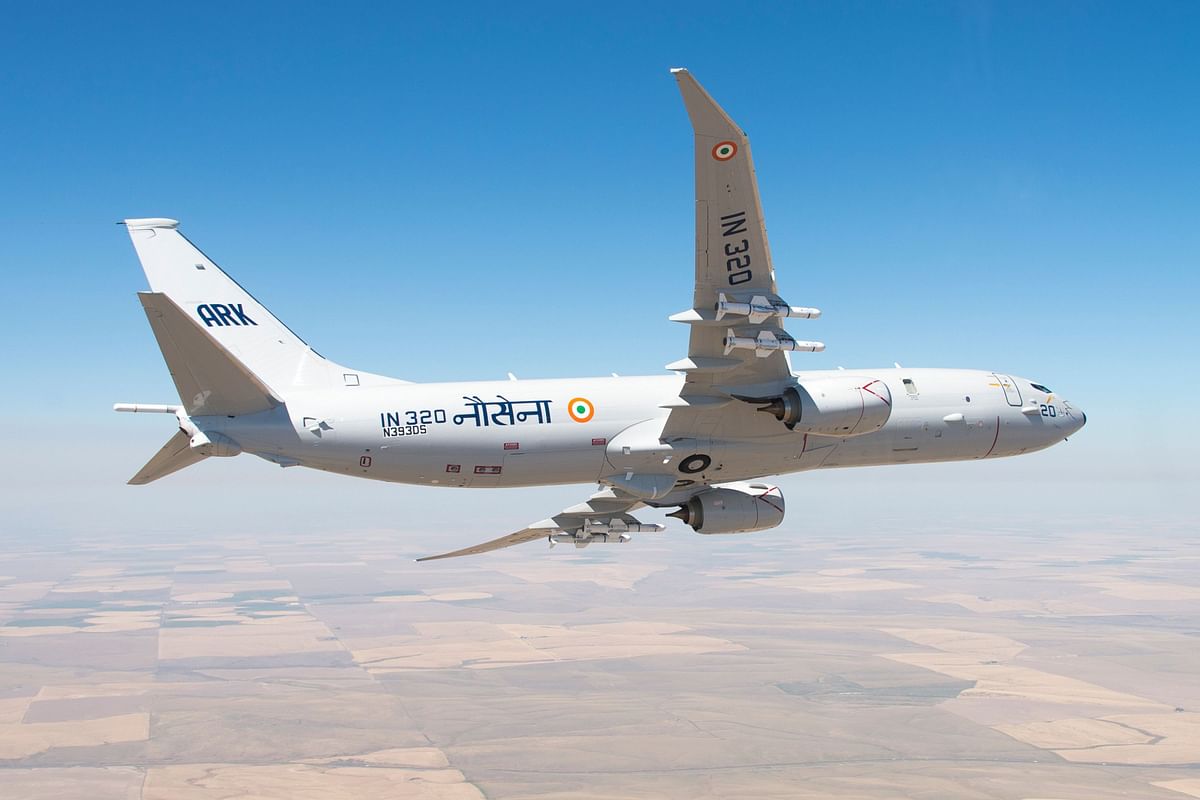 The aircraft, part of the second batch of four P-8Is bought by India, arrived in Goa from Seattle in the United States after stops at Hawaii, Guam and Brunei.

Nine of these aircraft are already in service with the Indian Navy.

The Indian Navy is the largest foreign customer of the P8 platform. While nine are in service, two more are likely to be delivered this year and six more are being procured. The Navy, reports say, plans to have a total of 22 of these aircraft in the next few years to keep an eye on Chinese movements in the Indian Ocean Region, most importantly its submarines.

India has also used the aircraft to track Chinese deployments along the Line of Actual Control amid the ongoing standoff in eastern Ladakh. Indian Navy P8s were seen flying towards Ladakh at least twice.

The Indian Army had successfully used the P-8I aircraft to monitor Chinese movements along the border during the 73-day-long Doklam standoff. As Captain D K Sharma (Retd), who was serving as the spokesperson and Public Relation Officer of the Indian Navy, revealed recently, “The aircraft were live-streaming data to support decision making during the Doklam face-off”.

The aircraft, this report says, was also put to use “to keep an eye on movement of Pakistani troops after the Pulwama terror attack last year”.

The P-8Is come equipped with the AN/APY-10 radar, which its maker Raytheon describes as a “maritime, littoral and overland surveillance radar”. As it is clear from the description, the radar can be used to monitor ground movement, and is capable of providing data in all-weather conditions, both at night and day.

In the Synthetic Aperture and Inverse synthetic-aperture mode, the AN/APY-10 radar can penetrate through clouds and foliage to give detailed images of the surface below. Images produced by the radar in these modes can give details such as the size of objects and structures on the surface, movement and change.

Talking to Tyler Rogoway of TheWarZone, a pilot of Patrol Squadron Five, a maritime patrol squadron of the United States Navy, which is also known as the VP-5 the “Mad Foxes,” said: “ESM (electronic surveillance measures) is used to collect a wide range of emitters used by… land based facilities at extended ranges. It allows us to be able to geolocate emitters to find a foreign submarine, surface combatant, or land based surface-to-air site. It is also a passive system, which allows us to covertly monitor a wide area.”

“The EO/IR (electro-optical/infrared) camera can be used to visually identify both land and sea based targets, with the IR camera having both white hot and black hot images,” the pilot had told TheWarZone.

P8s can use these capabilities, and many others which remain classified, while flying in own airspace to draw a picture of the enemy’s dispositions on the ground.