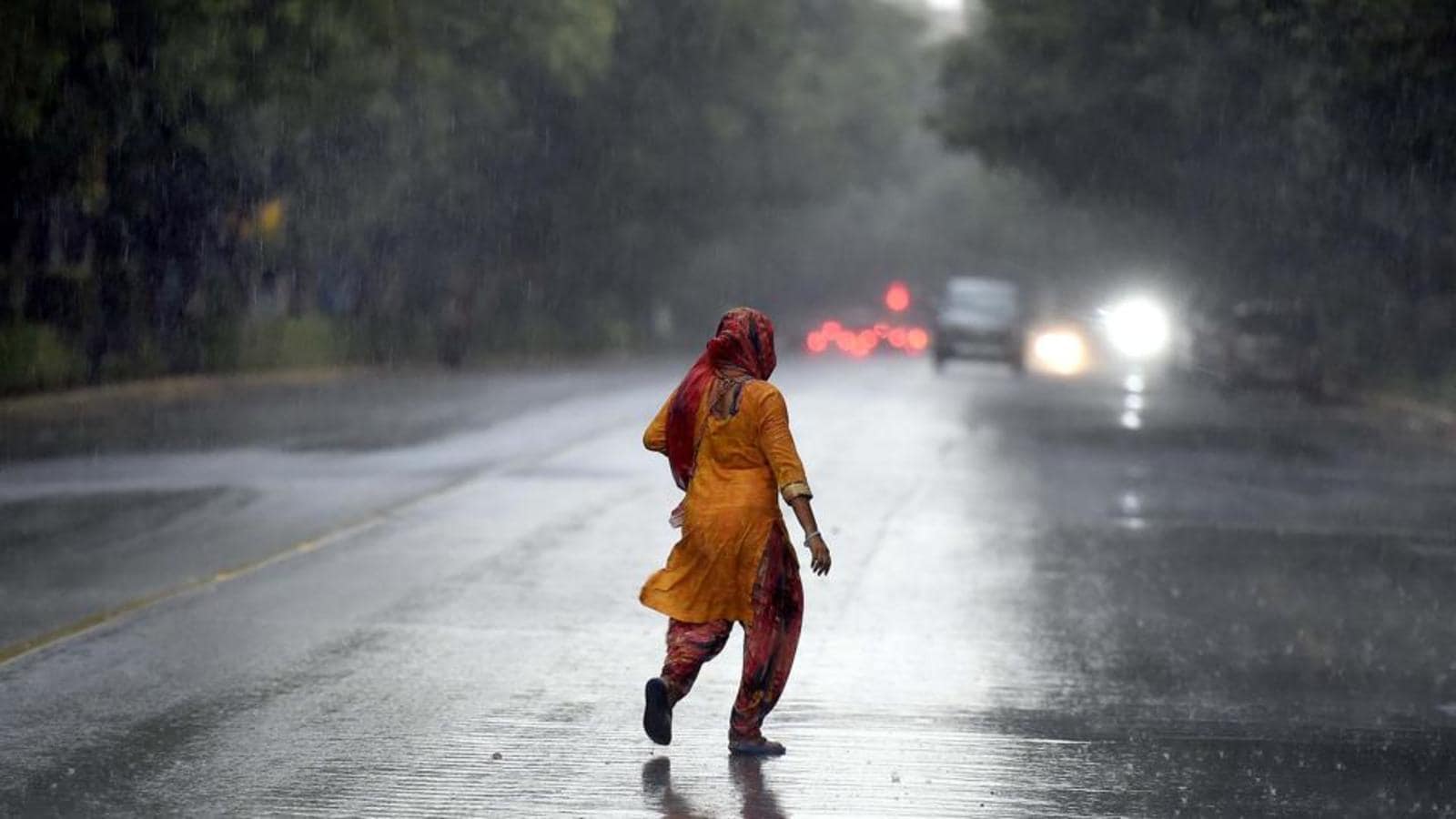 The monsoon advanced to Rajasthan, parts of Punjab, parts of Haryana and West Uttar Pradesh on Monday according to India Meteorological Department (IMD).

However, it did not make onset over Delhi yet. IMD warned on Tuesday around 6.30am that thunderstorm with light to moderate intensity rain and winds with speed of 20-40 km/hour would occur over and adjoining areas of a few places in southwest Delhi, south Delhi ( Jafarpur, Dwarka, Palam, Ayanagar, Deramandi), NCR ( Gurugram, Manesar, Ballabhgarh) Rohtak, Meham, Jhajjar, Farukhnagar, Nuh, Sohana, Palwal (Haryana) Kasganj during the next two hours.The normal date for monsoon onset over Delhi is June 27.

Continued prevalence of moist easterly winds from the Bay of Bengal in the lower levels since the past three days, enhanced cloud cover and scattered to widespread rainfall during the past 24 hours led to advancement of monsoon over northwest India. The norther limit of southwest monsoon (NLM) is passing through Jaisalmer, Nagaur, Bharatpur, Aligarh, Karnal and Ganganagar.

IMD is continuously monitoring further progress of monsoon into remaining parts of the country, it said in its Monday bulletin.

There is a low pressure area over westcentral and adjoining northwest Bay of Bengal off north Andhra Pradesh-south Odisha coasts; another low pressure area has formed over south Gujarat and adjoining northeast Arabian Sea and an east-west shear zone is running in middle levels across central India. Lower level westerly winds have strengthened along the west coast. Under the influence of these conditions, widespread rainfall with isolated heavy to very heavy rainfall is very likely along the west coast and adjoining peninsular India during the next five days.

Moderate to severe thunderstorm with lightning is very likely over Punjab, Haryana, Rajasthan, Uttar Pradesh and Madhya Pradesh during the next 24 hours.