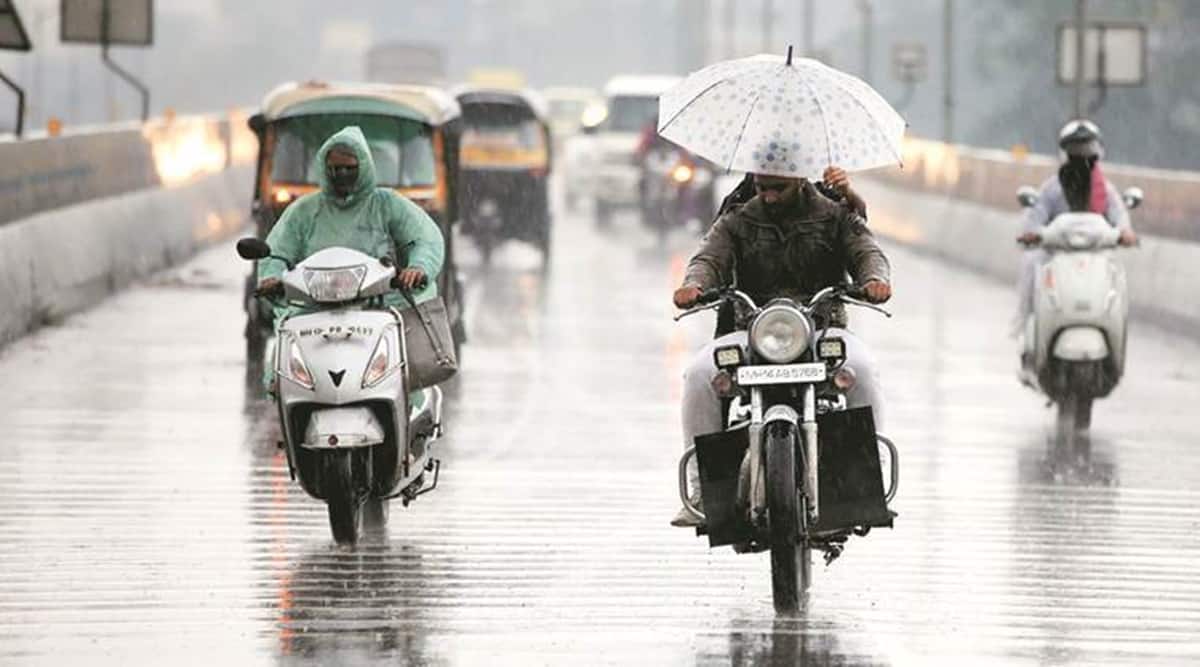 After 23 days, the southwest monsoon returned in full vigour on Monday as it made some progress, though it is still to reach Delhi. The IMD in its statement on Monday said, “Such type of failure by numerical models in prediction of monsoon advance over Delhi is rare and uncommon.”

In its latest progress, the monsoon covered most of Rajasthan and Punjab, some parts of Haryana and western Uttar Pradesh. As a result, the Northern Limit of Monsoon (NLM) now passes through Jaisalmer, Nagaur, Bharatpur, Aligarh, Karnal and Ganganagar.

Presently, there are favourable conditions for the monsoon to remain active over most parts of the country. These include two low pressure systems — over north Andhra Pradesh-Odisha coast in the Bay of Bengal and another over south Gujarat along the northeast Arabian Sea. Low pressure systems, normally, aid good rainfall along the path of their movement.

There is also a trough between the low pressure near Gujarat cutting across south Gujarat, north Madhya Maharashtra, south Chhattisgarh and north coastal Andhra Pradesh.

The IMD has said the monsoon will remain active over the country till July 19.

The IMD has placed Konkan, Goa and Madhya Maharashtra on red alert (take action) on Tuesday with a possibility of very heavy rain.