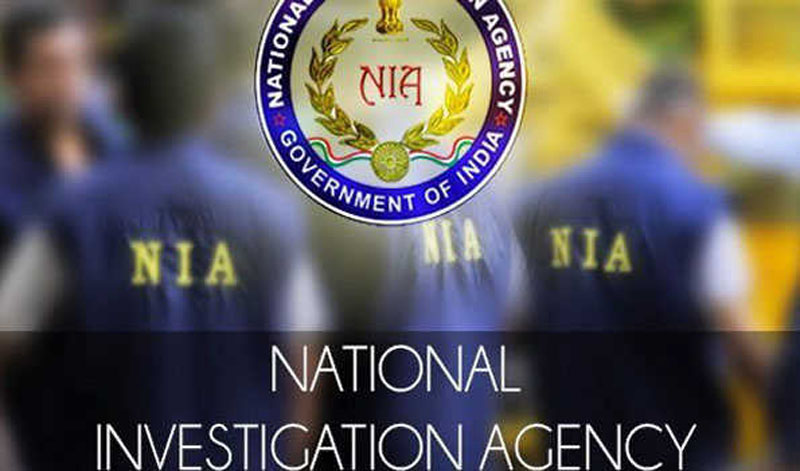 Srinagar/UNI: The National Investigation Agency (NIA) conducted raids for the second successive day on Monday in south Kashmir district of Anantnag in connection with a case related to circulation of propaganda by ISIS.

Six people, including five from Anantnag and one from Srinagar, were on Sunday arrested during multiple raids carried out by the investigation agency in Kashmir valley.

The raids come a day after 11 government employees from Kashmir, including two sons of Hizbul Mujahideen chief Syed Salahuddin, were sacked for their alleged involvement in terror-funding activities. The services of these employees were terminated under Article 311(2)(c) of the Constitution, under which no inquiry is held.

The action was taken following a recommendation by a designated committee in the Union Territory for looking into such cases.

Sources said NIA sleuths recovered a large number of incriminating documents and digital devices such as mobile phones, tablets, laptop, hard disks along with T-Shirts having the ISIS logo during Sunday’s raids.

“This case was registered by NIA on June 29 under sections 124A, 153A, and 153B of IPC and sections 17, 18, 18B, 38, 39 &40 of UA(P) Act 1967, in connection with the conspiracy of the proscribed terrorist organisation ISIS to radicalise and recruit impressionable youth in India to wage violent jihad against the country,” they said.

To execute its nefarious plan, an organized campaign has been launched over cyberspace which is supplemented by on-ground terror financing activities, they said.

“ISIS terrorists operating from various conflict zones along with its cadres in India, by assuming pseudo- online identities, have created a network wherein ISIS-related propaganda materials were disseminated for radicalizing and recruiting members to the fold of ISIS,” they said.

“In this connection an India-centric online propaganda magazine ‘the Voice of Hind’ (VOH) was getting published on monthly basis to incite and radicalize impressionable youth by projecting a skewed narrative of imagined injustices in India to arouse a feeling of alienation and communal hatred,” they added.