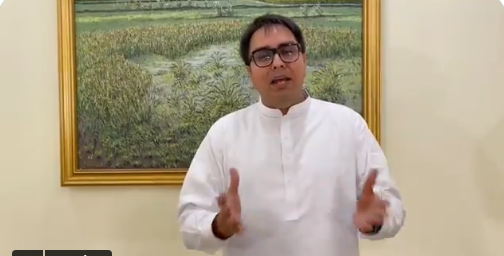 Responding to a statement of PML-N leader Maryam Aurangzeb, he said his (the PM) strategy had given a new life to the Kashmir independence movement.

He said generation to generation slaves of ‘Al-Sharif’ could not deceive the masses by changing their faces and statements.

A new generation of those politicians who ruled the country for 40 years was preparing for the monarchy, he said adding, the slogan of ‘Respect the Vote’ had started with rhetoric and ended with a bow down.

Incompetent League considered making of properties in seven continents as democracy, he said.

They had nothing to do with the public, the SAPM said, adding remaining away from the power was the main reason behind their agony.

He said the Pakistan Tehreek-e-Insaf (PTI) would form the next government in Azad Kashmir like Gilgit-Baltistan.