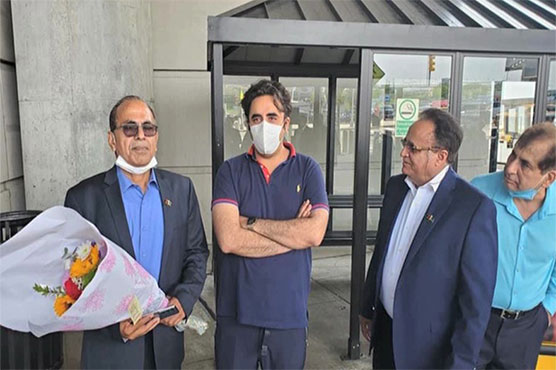 Bilawal Bhutto Zardari was received at the airport by PPP’s United States president Khalid Awan and other leaders.

According to details, Chairman PPP will hold key meeting in New York and Washington while Chief Minister of Sindh Syed Murad Ali Shah is already in the US.

Aseefa Bhutto will likely to lead campaign for Azad Kashmir election, which will be held on July 25, in absence of her brother Bilawal.