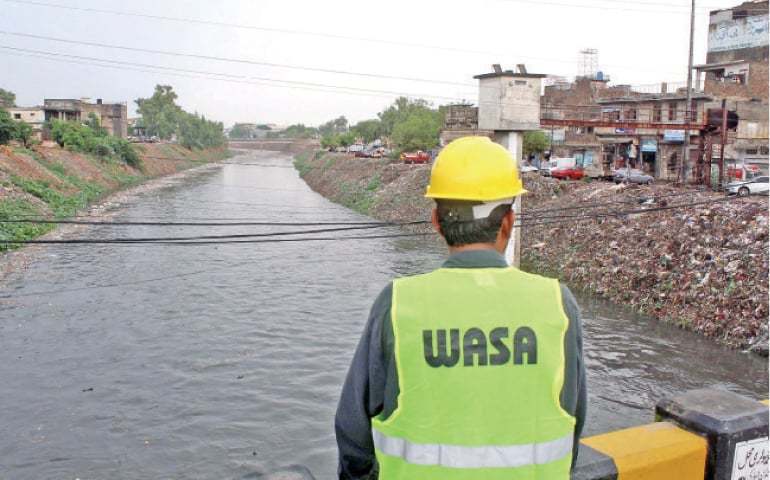 However, it brought relief from the hot and humid weather. The residents woke up to a cloudy morning but in the afternoon the sky turned blue.

The Meteorological Department recorded 52mm rain at Zero Point, 35mm at Saidpur, 55mm at Golra, 19mm at Bokra while 18mm at the old airport in Islamabad while 42mm at Chaklala and 32mm at Shamsabad in Rawalpindi.

According to Met Office, monsoon currents from Arabian Sea and Bay of Bengal were penetrating in upper parts of the country and likely to strengthen during the next 24 hours.

It predicted partly cloudy weather in upper and central parts of the country. However, rain-wind/thundershower (with isolated heavy fall) are expected in Kashmir, Gilgit-Baltistan, Islamabad, upper and central Punjab and Khyber Pakhtunkhwa.

Very hot and humid weather is likely to prevail elsewhere in the country.

Water level in Leh Nullah increased to 12 feet at Kattarian bridge and seven feet at Gawalmandi.

Water and Sanitation Agency (Wasa) Managing Director Raja Shaukat Mehmood told Dawn that the agency and all other departments were on alert to deal with any emergency but no such situation had emerged.

He said rainwater had inundated the Committee Chowk underpass which was drained out within an hour. He said four flood response centres had been established in the city areas where staff had been deployed in three shifts.