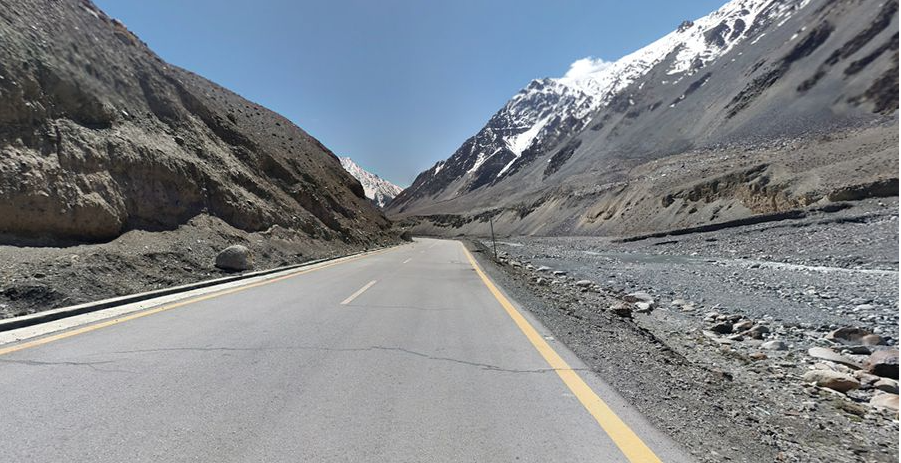 Already famed for its civil engineering marvels, the Karakoram Highway has now been ranked among the 15 most beautiful roads in the world for its scenic beauty.

In its categorization, Wikicampers, a website providing tourist services in different parts of the world, called the KKH an “ideal setting for a most dizzying road trip!”

“Let’s gain altitude again by taking the second highest asphalt road in the world,” the website said, explaining the features of the road.

The KKH connects China to Pakistan while crossing the Karakoram mountain range and running alongside certain peaks over 7,000 meters in height. The highway is around 1,300 km long, extending from Hasan Abdal to the Khunjrab Pass in Gilgit-Baltistan, where it crosses into China.

In its documentary, the BBC had also called the KKH one of the highest paved roads on earth and a major trade route between Pakistan and China. It also said the road was completely developed, smooth and safe.

Other similar websites have also called the highway one of the ultimate travel destinations offering stunning views while running through the Himalayas, the Karakoram and the Hindu Kush ranges.

Among other roads categorized by the Wikicampers included California State Route of the US, The Atlantic Road of Norway, The Col du Stelvio in Italy, Morocco’s Dades Gorges Road, Spain’s TF 436, The Millau Viaduct of France and The Icefields Promenade of Canada.

Other most beautiful roads part of the ranking include The RN 40 of Argentina, The Col de Sani of South Africa, The Denali Highway of Alaska, USA, The Basque Corniche of France, The Transfagarasm Road of Romania, The Gorges du Verdon of France, and The Great Ocean Road of Australia.

Click/tap here to subscribe to Khaleej Times news alerts on WhatsApp. Make sure you save the phone number under Contacts on your phone for uninterrupted service.