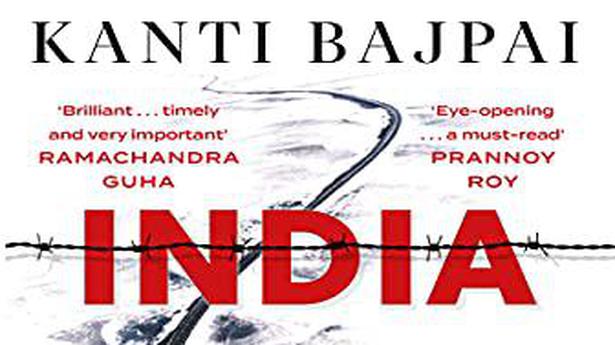 Kanti Bajpai has a clear-eyed view of the present, but not necessarily of future relations between India and China who share a 3,500 km boundary and impressive trade relations

A year after the People’s Liberation Army began to amass troops at the Line of Actual Control, an act which led to blood being spilt for the first time in 45 years on the India-China boundary at Galwan, a slew of books has put the spotlight on the bilateral relationship. Most of all, there is renewed curiosity about why China does what it does, especially when it concerns India, which, at least in India’s own perception, has not provoked Chinese aggressions.

Kanti Bajpai’s book India Versus China: Why They Are Not Friends attempts to answer the question, with the help of four Ps: Perceptions, Perimeters, other Partnerships and Power asymmetry. The book, the second in a series from Juggernaut publishers after diplomat and scholar Husain Haqqani’s India Vs Pakistan: Why Can’t We Just be Friends?, contains a concise version of the history of India-China ties, tracing a trajectory on the downslide. Bajpai says while both countries may have held each other in high esteem in ancient times, they now look at each other with disdain which ranges from the casual racism of the Chinese and Indians towards each other (epithets like “A-san” and “Chinky” respectively) to complete mistrust of each other’s designs on their territories. Much of the Chinese impression of India has been shaped by Indian policemen who were posted to China by the British during the Opium wars, argues Bajpai (the term A-san or Ahsan refers to Indians pejoratively as “Uncle Toms” in the West).

Meanwhile, the “perimeter” or boundary dispute has hit an impasse, which the author ascribes to the power gap between the two countries. “From a position of strength, China does not see the need to accommodate, while from a position of weakness, India feels it cannot afford to do so and risk further loss of standing and strategic autonomy,” writes Bajpai.

The author provides a fairly realistic picture of China’s growing arrogance and unilateral aggressions, especially in the past decade, but concludes that the two conflagrations between India and China in 1962 and 2020 are more likely to have been caused by Chinese misperceptions and overreactions to India’s actions. On the 1962 war, for example, Bajpai holds on to John Garver’s view (Protracted Contest: Sino-Indian Rivalry in the Twentieth Century) that the casus belli were Tibet and India’s shelter to the Dalai Lama, which China read as New Delhi fomenting its overthrow in Tibet. In 2020, he surmises that China took a suspicious view of Indian infrastructure development near the Karakoram highway as intended to constrain Chinese progress on the Belt and Road Initiative, further aggravated by Home Minister Amit Shah’s intemperate language in Parliament while discussing Aksai Chin after the government’s reorganisation of Jammu and Kashmir and amendment in Article 370. There is then the question of India’s other strategic partnerships, most notably with the United States, which in 2020, like 1962, is being read in Beijing as a plan to contain China with India playing a “junior” partner to the U.S.

Finally, Bajpai makes the point that the power gap between the two is growing, making it more difficult for the two countries to forge better ties for the foreseeable future, adding that their best relationship was in the 1940s and 1950s when they were more equal. The book points out that on absolute and relative terms, China is far ahead of India, and given current growth rates, the present GDP gap of $11.5 trillion between them will only increase in the next few decades. In addition, it says that China far outstrips India on human development indicators and soft power.

Where the book possibly errs is in offering the least optimistic construct on all issues between the two countries. While other scholars have held, for example, that India and China have had a connection for 5,000 years without a war until 1962, Bajpai describes a relationship that with a few exceptional periods has never been friendly. The book describes Hu Shih’s famous 1937 paper for Harvard University “The Indianisation of China: A Case Study of Cultural Borrowing”, as a castigation of Indian Buddhism’s enfeebling impact on China, when in fact the paper also describes China’s “grateful” receipt of the “gift of Buddhism”. “Never before had China seen a religion so rich in imagery, so beautiful and captivating in ritualism and so bold in cosmological and metaphysical speculations. Like a poor beggar suddenly halting before a magnificent storehouse of precious stones of dazzling brilliancy and splendour, China was overwhelmed, baffled and overjoyed,” Hu described in the paper. The prognosis from Bajpai’s book, as a result, is bleak, and as suggested by its title, would mean that India and China are not, and cannot be friends. This conclusion is possibly a clear-eyed view of the present, but not necessarily of the future of two countries which share a 3,500 km boundary and bilateral trade, even post-COVID, post-Galwan, that exceeds all others (for India). While the modus vivendi, former National Security Adviser Shivshankar Menon has said, is no doubt broken, a working relationship is by no means redundant or unnecessary.

India Versus China: Why They Are Not Friends; Kanti Bajpai, Juggernaut, ₹599.