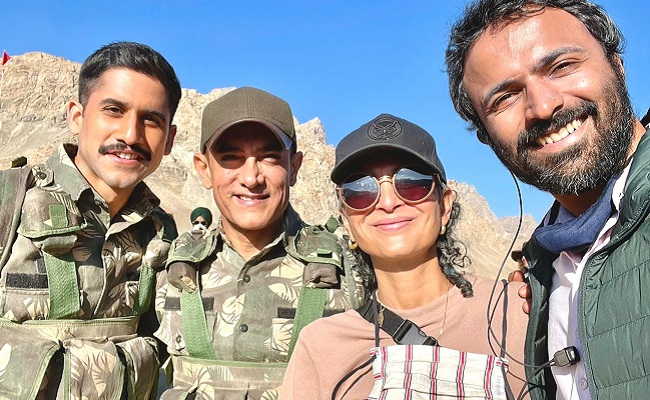 Yuva Samrat Naga Chaitanya will be making his Bollywood debut with Aamir Khan’s Laal Singh Chaddha. The actor is shooting for the film along with Aamir Khan in Ladakh.

He took to social media to announce his next project by posting a picture from the shooting location.

He is seen in an army get up alongside Aamir Khan, Kiran Rao, and director Advait Chandan. The actor looks stunning and super fit in the army character.

Produced by Viacom18 Studios and Aamir Khan Productions, the movie is an official remake of the Hollywood cult film, Forest Gump. The rest of the details of this film will be revealed.

<!– Go to www.addthis.com/dashboard to customize your tools