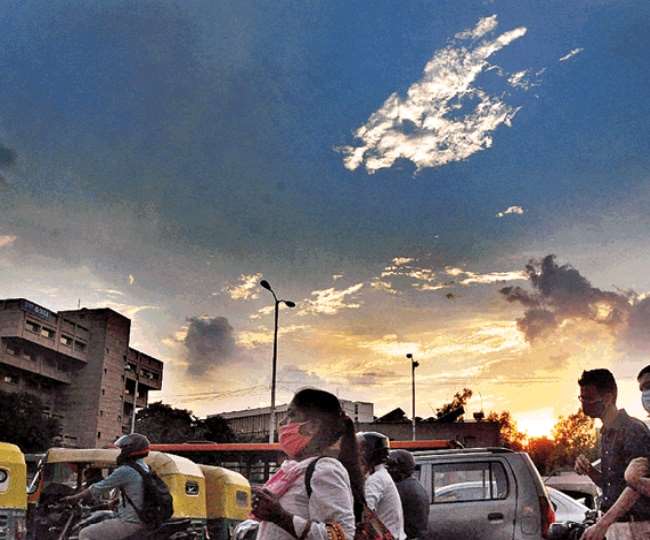 From July 10, the monsoon is likely to become active again in Northwest and Central India during which rains will be seen in Delhi, Punjab, Haryana, Rajasthan, Madhya Pradesh, Uttar Pradesh, Gujarat, Himachal, Uttarakhand as well.

New Delhi | Jagran News Desk: Finally monsoon seems to have arrived as it is likely to turn intense in South and East-Central India from July 9, as per the India Meteorological Department. As a result, Karnataka, Telangana, Odisha, West Bengal, Jharkhand, Bihar, Chhattisgarh, Assam, Arunachal Pradesh, and Meghalaya will be receiving rain.

At the same time, from July 10, the monsoon is likely to become active again in Northwest and Central India. During this, rains will be seen in Delhi, Punjab, Haryana, Rajasthan, Madhya Pradesh, Uttar Pradesh, Gujarat, Himachal, Uttarakhand as well.

Further, thunderstorms are expected on Friday (July 9) across Delhi as well as in Noida, Ghaziabad, and Gurgaon. The city saw pre-monsoon showers on Thursday (July 8) night after a hot and humid day when the maximum temperature was recorded as 41.8 degrees Celsius, five degrees above normal, while the minimum was recorded as 30.6 degrees Celsius. With rains cooling the city overnight, the temperature on Friday morning was 4 degrees below normal.

Also, there is a possibility of heavy rain in Jammu, Kashmir, Ladakh, Gilgit-Baltistan, Muzaffarabad, and Punjab on July 11 and 12. This is due to the formation of pressure areas in the Bay of Bengal.

In Uttarakhand and West Uttar Pradesh, heavy rains are expected between July 9 and 14. Also, due to the prediction of heavy rainfall on July 11 and 12, an orange alert has been issued in Uttarakhand.

Apart from this, widespread rain is likely to occur at isolated places over Madhya Pradesh, Vidarbha, Chhattisgarh, and Odisha during most days of the week. Heavy to very heavy rainfall is expected over Maharashtra, Goa, Coastal Andhra Pradesh, Telangana, Karnataka, and Kerala during 9-12 July for most days of the week due to the strengthening of Southwest Monsoon winds. On July 13 and 14, very heavy rainfall is expected at isolated places in Konkan and Goa.

Lastly, the intensity and distribution of rainfall are likely to decrease over Northeast India i.e. Arunachal Pradesh, Assam, Meghalaya, Nagaland, Manipur, Mizoram, and Tripura from July 9.