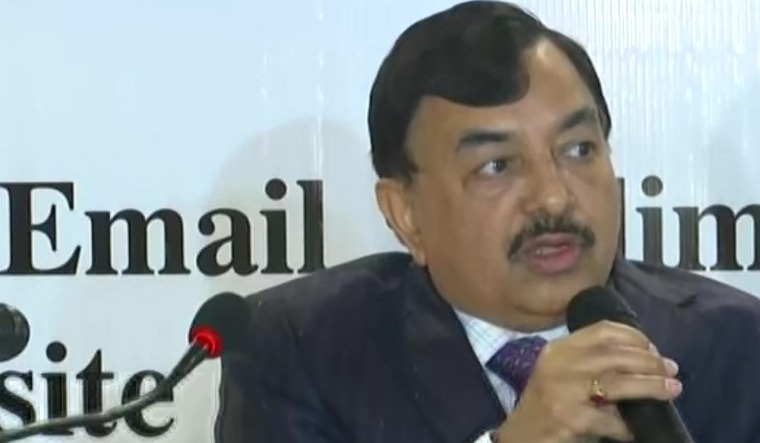 The Delimitation Commission for Jammu and Kashmir on Friday said that the delimitation exercise “is a very complex issue and not merely about arithmetic”.

The commission was set up by the Centre under J&K Reorganisation Act, 2019, after the revocation of Article 370 and bifurcation of Jammu and Kashmir into the two Union territories (UT) of J&K and Ladakh.

The commission is headed by justice (retired) Ranjana Prakash Desai.

To redraw boundaries of Assembly constituencies of the UT is a “very complex issue and not just about arithmetic,” Chandra said at a virtual press conference in Jammu.

He said the commission had threadbare discussions with political parties, civil society groups and heads of NGOs in Jammu and Kashmir. “In the past four days, the commission met 290 groups in Srinagar, Pahalgam, Kishtwar and Jammu,” he said.

“The response was overwhelming and people travelled from long distances to meet us,” Chandra said.

He said delimitation will be completed in a very transparent manner.

He said the Jammu and Kashmir officials provided the commission with the details of the 2011 Census, patwar halqas, district areas and population figures and other data.

Chandra said in the last Census, there were only 12 districts and the number of districts has now gone up to 20, while tehsils rose from 58 to 270.

“We observed that there is a huge administrative overlap of patwar halqas, due to which people are facing huge inconvenience,” Chandra said.

“I would say that difficult terrain wasn’t acknowledged in the delimitation done in 1995,” he said. “Population has to be the main criteria for delimitation, but priority will be also the area, geography, topography and also the communication facilities of the areas.”

He said there was no Census carried out in the state in 1991.

He said no Delimitation Commission was set up in Jammu and Kashmir after the state government in 2002 put a freeze on delimitation till 2026.

“We will keep in mind the Census of 2011. As per the delimitation act, we have to go by the latest census available,” he said “The act guarantees due representation to the SC and ST categories.”

Desai responded to allegations by the PDP chief, Mehbooba Mufti, that the delimitation is a pre-planned exercise, by saying she assures everybody that the exercise will be transparent in nature.

“There should be no fears and doubts,” she said.

About the PDP chief’s decision to boycott meeting with the commission, she said they can only talk to those who want to participate in the process. “Those who don’t want to have their own choice,” she said.

The commission arrived in Jammu and Kashmir on July 6 on a four-day visit to meet various political parties and civil society groups to prepare a report on delimitation.