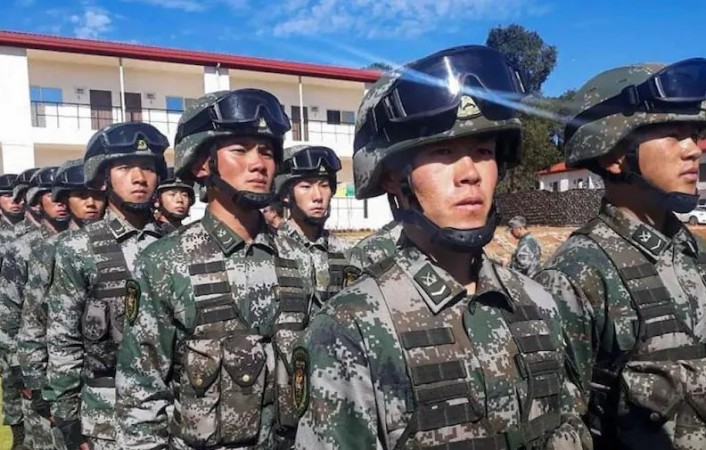 New Delhi: Amid the ongoing clashes along the Ladakh border with India, the Chinese Army is now engaged in training jawans from Tibetan territory. These are being trained to keep in view the status of The Line of Actual Control (LAC) with India. According to sources, intelligence agencies have information that the Chinese army is engaged in recruiting Tibetan youth to use them on LAC. These Tibetan youth are being taken into the army only after taking several tests.

These tests make it mandatory to learn the Chinese language, to consider the Communist Party of China supreme. According to sources, the youth were asked to follow the party’s rules above all, even if they were their own guru, the Dalai Lama. China has started recruiting these youngsters in January-February this year in view of the way Tibetan soldiers have played a key role in the Hill Yamuna in the Indian Army. Last year, when the Indian and Chinese armies came face-to-face around Pangong Lake, Tibetan soldiers of the Special Frontier Force in the Indian fleet defeated China.

Let’s say there has been tension between India and China since April-May 2020. The two countries also clashed several times along the Ladakh border, while the two countries held military and diplomatic talks. However, there is no concrete solution yet.

Zomato is giving a gift of Rs. 3 lakhs, know how to avail…