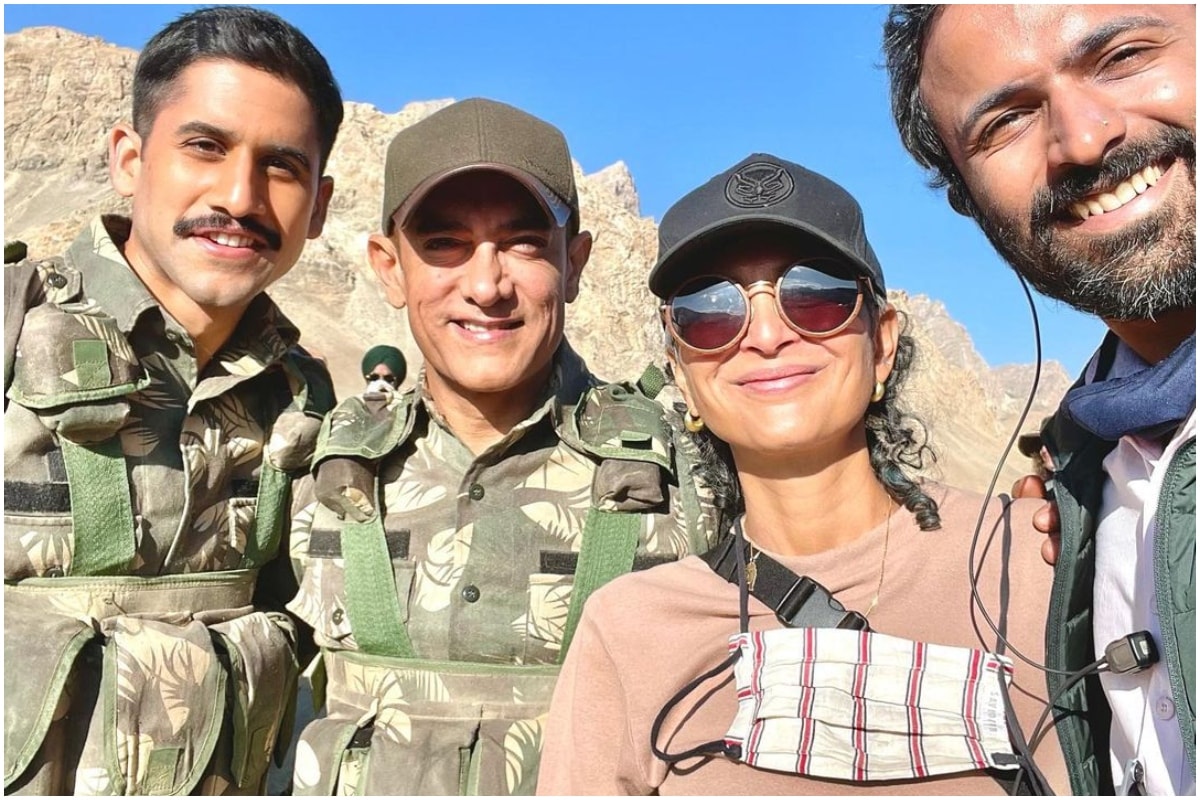 Exactly a week after jointly announcing that their 15-year-long marriage is coming to an end, Aamir Khan and Kiran Rao made a social media appearance in a photo shared by actor Naga Chaitanya. The Telugu star is currently with Aamir and Kiran in Ladakh, shooting for the upcoming film Laal Singh Chadha. Chaitanya, who was speculated to have joined the cast of the Forrest Gump remake, confirmed he is indeed shooting for the film with this rare selfie.

In the photo, Chaitanya and Aamir Khan can be seen in army uniforms, posing all smiles with Kiran Rao. Aamir and Kiran has announced on July 3 that they are separating after 15 years as a married couple. They had said that although they are no longer husband and wife, they will continue to collaborate professionally. They have worked together on several productions of Aamir Khan since Lagaan (2000).

They had also said in their statement, “We remain devoted parents to our son Azad, who we will nurture and raise together. We will also continue to work as collaborators on films, Paani Foundation, and other projects that we feel passionate about.” Post their separation announcement, in a video appearance Aamir and Kiran had allayed fans’ concern by reiterating that they will continue to work together on Paani Foundation.