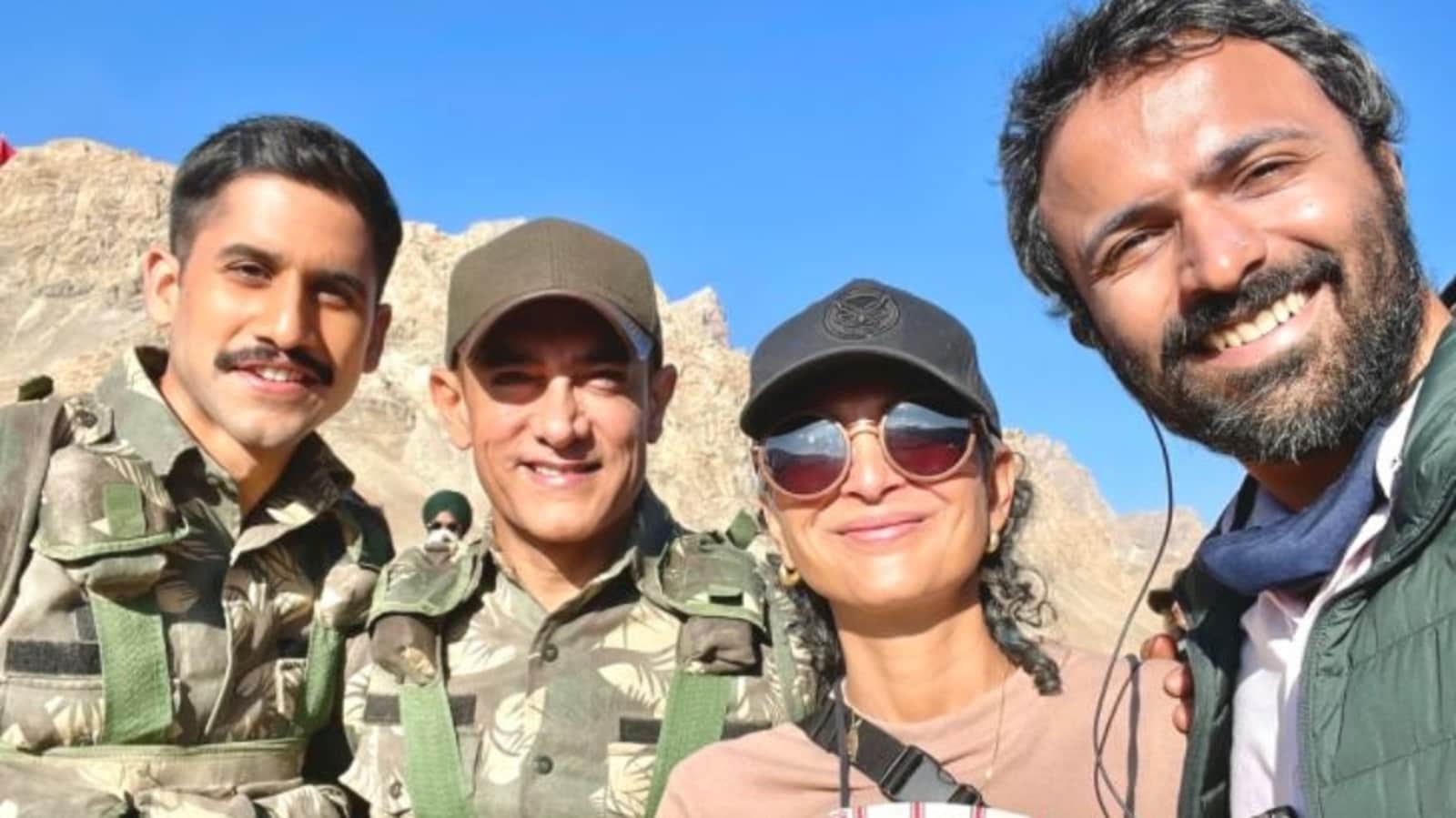 Actor Naga Chaitanya on Friday took to Twitter to share a picture from the sets of Aamir Khan’s Laal Singh Chaddha. Chaitanya has joined the sets of the movie which is currently being shot in Ladakh earlier this week. Seen in his picture with him were Aamir Khan and Kiran Rao.

Chaitanya has joined the team as a replacement for actor Vijay Sethupathi, who was originally signed to play the character. To be seen playing Aamir Khan’s close friend, this movie will mark Chaitanya’s Bollywood debut.

Sharing the picture, Chaitanya wrote: “Grateful”. He also mentioned Bala in a hashtag which could be the name of his character in the movie.

He could be seen sporting a crew cut. Laal Singh Chaddha is the Indian adaptation of Tom Hanks’s Forrest Gump. Chaitanya will be seen playing the character of Benjamin Buford Blue aka Bubba.

The team, as per reports, is currently shooting some crucial war sequences in Ladakh. The current schedule will go on for 45 days.

“A 45-day schedule is being planned over in Ladakh. The makers will be filming crucial war and action sequences featuring Aamir and Chaitanya in this schedule that is expected to commence shortly,” a source was quoted in a report by New Indian Express.

Gearing up for release this December, Laal Singh Chaddha also features Kareena Kapoor Khan. It is directed by Advait Chandan.

Meanwhile, Chaitanya awaits the release of his upcoming Telugu film, Love Story. Directed by Sekhar Kammula, it marks the maiden collaboration of Naga Chaitanya and Sai Pallavi. However, Kammula and Sai Pallavi are joining hands for the second time.

Chaitanya also has a project titled Thank You with filmmaker Vikram Kumar in the pipeline.