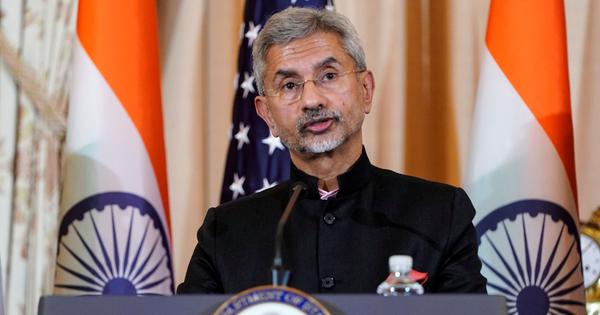 Union Minister for External Affairs S Jaishankar on Thursday said the foundation of bilateral ties with China has been disturbed for last one year because Beijing has not observed agreements on matters related to the border, reported PTI.

Jaishankar, who is in Moscow for a three-day visit, said relations with China had been stable for 40 years. “But for the last one year, there has been a lot of concern about the relationship because China has not observed agreements that it had signed up to when it came to our border,” said Jaishankar at an event at the Primakov Institute of World Economy and International Relations.

“After 45 years, we actually had a border incident with casualties,” Jaishankar said. “And peace and tranquility on the border, for any country, is the foundation of a relationship with a neighbour. So naturally the foundation has got disturbed, so has the relationship.”

However, the two countries still continue to blame each other for the border standoff. In June, Beijing had indirectly blamed New Delhi for tensions, saying that it has deployed military along the border with India as a “normal defensive arrangement” meant to stop “encroachment or threat against China’s territory”.

Days later, Ministry of External Affairs spokesperson Arindam Bagchi said China’s action of amassing a large number of troops close to the border and attempts to unilaterally change the status quo along the Line of Actual Control have seriously disturbed peace and tranquility in the region.

Jaishankar said India and Russia shared a matured relationship. He added that the two nations would continue to realise the benefits of the strategic relationship.

“History is very much in our favour, something that cannot always be said for all relationships,” Jaishankar said. “There is no doubt that relations between Russia and India have been among the steadiest of the major relationships in the world after the Second World War.”

Jaishankar will be holding bilateral meeting with his Russian counterpart Sergei Lavrov. Ahead of the meeting, Jaishankar said it was essential for India and Russia to ensure the stability and diversity of the world “as we know it”. He added: “This includes insistence on honouring agreements and observing laws.”