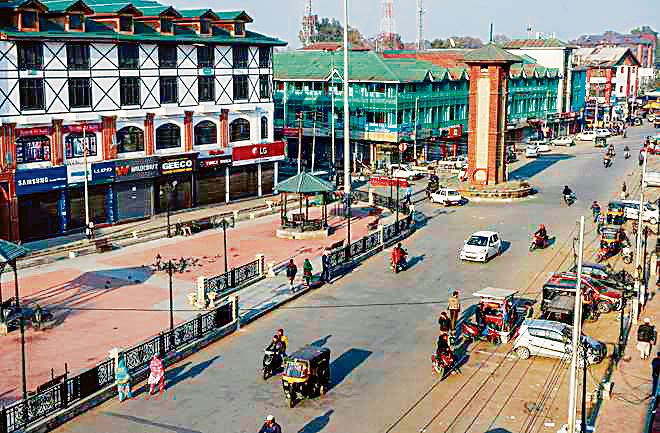 A 35-year-old taxi owner was forced to sell two of his three vehicles to feed his family of seven members because the last two years have brought practically no business to him.

For want of tourists, many taxi drivers are forced to work as labourers or sell vegetables, fruit or trinkets to make ends meet. A shikara owner switched over to selling vegetables because nobody was visiting Kashmir and an IT specialist lost his job because Internet connections stood snapped after the J&K Reorganisation Act, 2019, came into force. These aren’t stray stories but are reflective of the crumbling economy of Kashmir over the last two years. After repeated lockdowns, no home has remained untouched — be it over the distress sale of apples, failure to deliver export orders, closure of markets, lack of tourist footfall, pack up by the IT industry or the suspension of movement hitting the transport sector.

The Kashmir Chamber of Commerce (KCC) has pegged the losses over the last two years at nearly Rs 50,000 crore in the Kashmir division alone and maintains that over five lakh have been rendered unemployed. The clampdown after the abrogation of Article 370 and Covid has affected every sector.

“We have been suffering for decades but the losses of the last two consecutive years did not give us time to recover. The desperation is such that a young boy who recently got married called me up a fortnight back to say he had no money to pay the banks for the loan he had taken for a handicraft shop nearly three years back. The last two years had ruined him to the extent that he indicated that he could take some extreme step. I assured him that we would work something out,” says Sheikh Ashiq of the KCC.

He maintains that orchard owners made distress sales and export orders were cancelled. “In fact, all businesses are bearing the brunt. The government offered help but only a bailout package can help us,” he asserts.

Farhan Kitab, president of the Retailers Association, says the retail sector is under tremendous stress and virtually on the edge of despair. “The summer months have been a complete disaster and our peak season was lost to lockdown. These months in the last three years have seen a lot of unrest and we have barely been able to meet our basic needs, let alone repay loans,” he explains.

With movement suspended, the transport sector too suffered huge losses. “Our members have sold vehicles to scrap dealers to feed their families,” he quips.

Artisans, craftsmen, houseboat owners and all other businesses are in debt. Though the government has tried to extend help, the distressed sectors are looking at more.