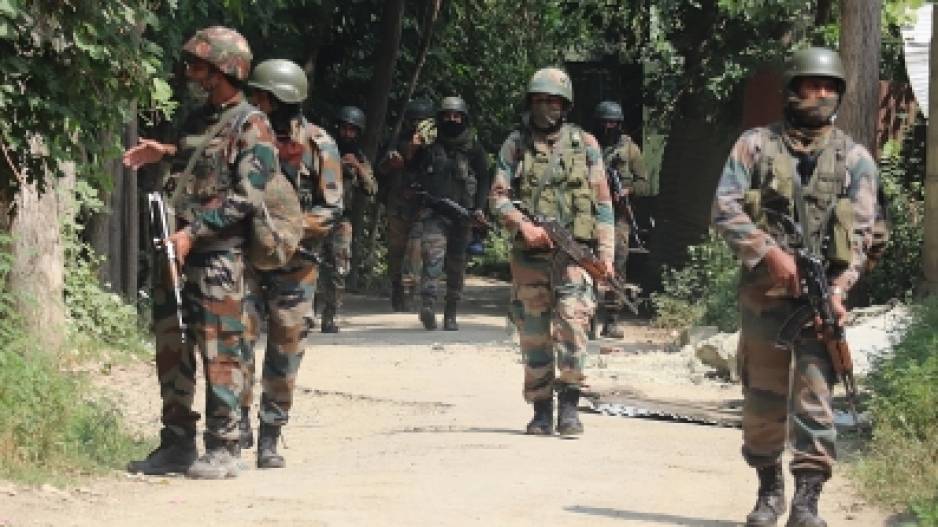 Army said in Zodar, Kulgam, a joint team of Anantnag based Rashtriya Rifles, JKP and CRPF launched multiple mobile vehicle check points on receiving inputs regarding movement of terrorists in the area on the intervening night of July 7 and 8.

The terrorists on seeing the troops started firing and ran towards the adjoining forested area. The area was immediately cordoned off and a firefight ensued.

“At 0300 hrs, a white Maruti Car was asked to stop for checking.

“The terrorists on seeing the troops started firing and ran towards the adjoining forested area. The area was immediately cordoned off and a firefight ensued.

“In the joint operation two terrorists, Shahbaaz Ahmad Shah of JeM active since July 11, 2020, was brought down along with Nasir Ayub Pandit of LeT active since June 5, 2021,” the army said.

One AK-47 and one pistol with large quantity of ammunition was recovered.

In a separate operation, based on specific intelligence of JKP, troops of Panzgom-based Rashtriya Rifles, JKP and CRPF laid cordon around a built up area in Puchhal, Pulwama.

“At 0030 hrs, terrorists lobbed grenades on the cordon party and tried to escape. However alert troops immediately retaliated and foiled the escape bid. Call for surrender was made, but the terrorist retaliated by firing and lobbing grenades at the security forces. In the ensuing gunfight, two terrorists of LeT were eliminated,” army said.

They have been identified as Kifayat Sofi and Inayat Ahmad Dar of Pulwama district. One AK-47 and one pistol and other war-like stores were recovered from the encounter site.

According to the police all of these terrorist were involved in threatening the civilian population and extortion of money.