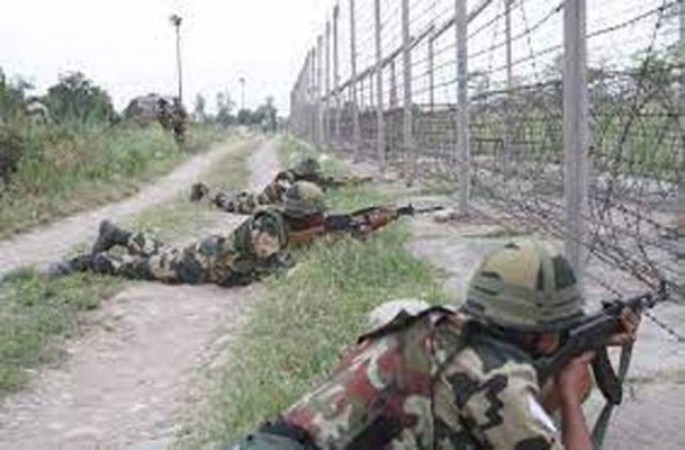 Srinagar: Army foiled an infiltration bid and killed a Pakistani terrorist along the Line of Control (LoC) in Rajouri district of The Union Territory of Jammu and Kashmir on Wednesday. This information was given by a Defence Ministry spokesperson. Official sources said, two soldiers were also injured in the encounter to stop the militants infiltrating on the LoC.

“In the early hours of the morning, a group of Pakistani terrorists tried to cross the LoC in Nowshera sector of Rajouri district,” the spokesperson said. He said, the army’s alert jawans foiled the infiltration bid by the militants with the help of an integrated surveillance system and encounter and gunned down one terrorist in the firing. According to a spokesperson, the body of the slain terrorist has been recovered.

He said one AK-47 rifle, four AK47 magazines and two grenades were also recovered from the spot. The spokesperson said the action shows that the Indian Army is capable of preventing any misadventure along the Line of Control. According to sources, two jawans were also injured in the encounter and have been admitted to the hospital for treatment.