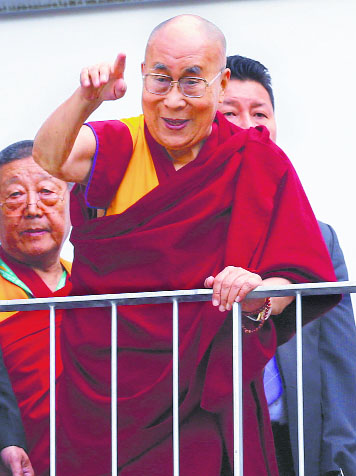 In a departure from last year when New Delhi still entertained expectations of a border rapprochement with China, Prime Minister Narendra Modi wished the Dalai Lama on his 86th birthday on Tuesday. Last year, PM Modi had been conspicuously silent on Dalai Lama’s 85th birthday.

Dalai Lama, though, has not failed to wish PM Modi on his birthday each year on September 17, regardless of whether a greeting has come his way on his birthday on July 6.

As was the case in 2019 after he returned for a second term, the PM this time spoke on the phone with the Dalai Lama to wish him a long and healthy life.

Interestingly, Union Minister Kiren Rijiju, who is an MP from Arunachal Pradesh, which China claims as its territory, didn’t wish the Dalai Lama. Last year, Rijiju and Lt Governor of Ladakh RK Mathur had wished the Dalai Lama from their official accounts even though the PM hadn’t done so.