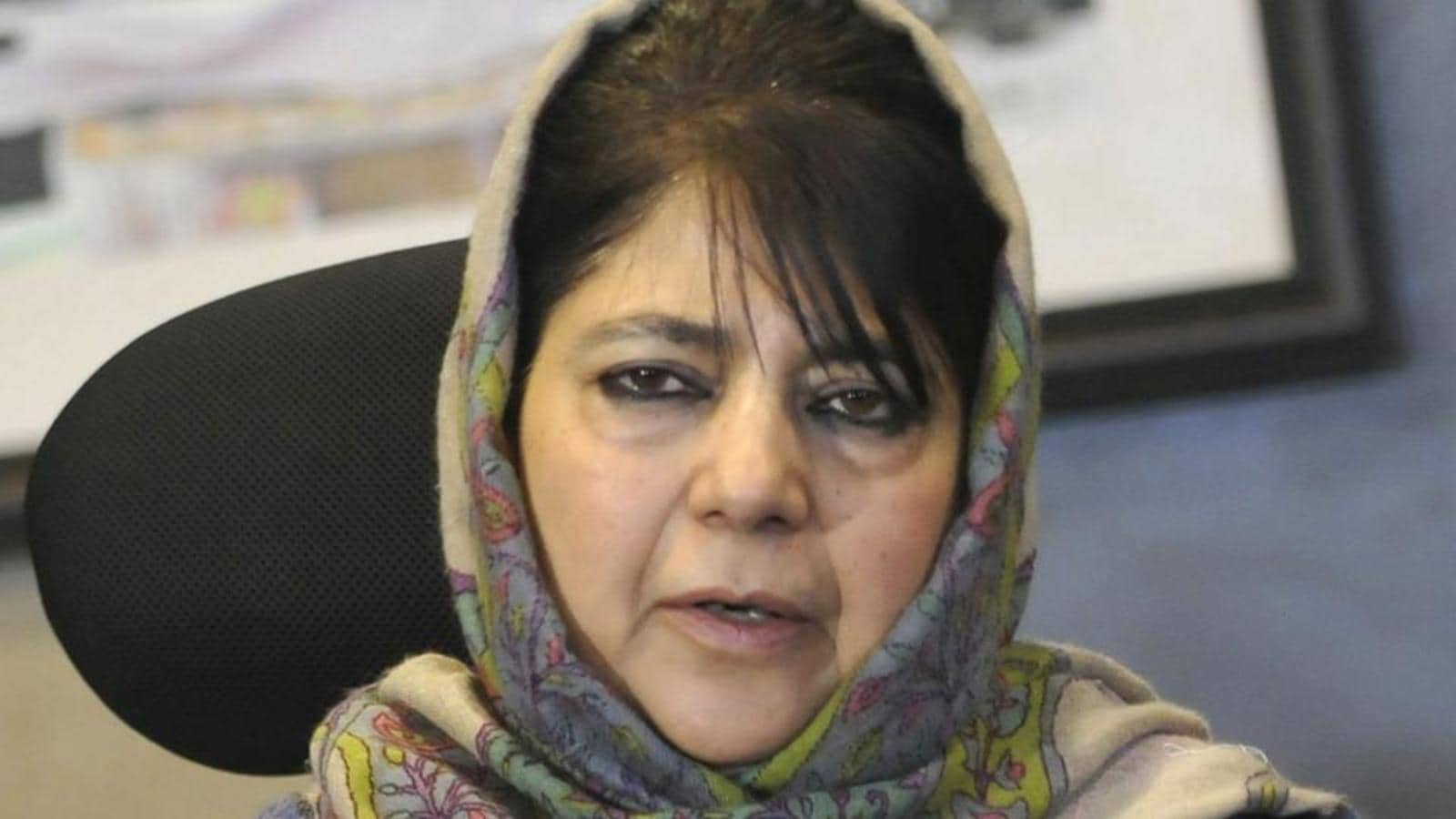 People’s Democratic Party (PDP) led by Mehbooba Mufti on Tuesday said that they will stay away from the delimitation process as the Delimitation Commission arrives here on Tuesday on a four-day visit to talk to political parties and officials for chalking out new constituencies.

The party has written to the head of the commission justice Ranjana Prakash Desai stating that they won’t be part of the exercise, which they believed was “pre-planned”, aimed at disempowering the people of Jammu and Kashmir (J&K) and realising the “political vision of a particular political party”.

In the letter, PDP general secretary Ghulam Nabi Lone Hanjura said that with the abrogation of Article 370 and Article 35A on August 5, 2019 “unconstitutionally” , the people of J&K were “humiliated and demeaned” by downgrading and bifurcation of an almost 200-year-old state.

“The Reorganisation Act being a product of the same process, we are of the considered opinion that the Delimitation Commission lacks legal and constitution mandate in the first place,” he said.

The Delimitation Commission for the UT was formed by the Union government on March 6 last year, just six months after special status of J&K under Article 370 was revoked and the region split into two Union Territories – J&K with a legislative assembly, and Ladakh without one. Earlier, the delimitation of the constituencies in J&K was scheduled to be held in 2026. However following the Central government’s changes in J&K after August 5, 2019, the J&K Reorganisation Act increased the number of voting constituencies for J&K from 87 to 90.

The commission has nearly nine months left to complete the exercise. It will also carve constituencies to be reserved for Scheduled Castes and Scheduled Tribes for the first time in Jammu & Kashmir.

The PDP letter said that there are apprehensions that the exercise is part of the overall process of the “political disempowerment” of the people of J&K that the government of India has embarked upon.

“There are apprehensions that the process is aimed at realizing the political vision of a particular political party in J&K wherein, like other things, the views and wishes of the people of J&K would be considered least. It is a widespread belief…the exercise is a mere formality. The very intent is under question,” it said.

The delimitation issue was discussed at Prime Minister Narendra Modi’s meeting with political leaders from Jammu & Kashmir on June 24. The Centre has sought the completion of the delimitation exercise before assembly polls are held there.

The commission arrives in Srinagar a day after the People’s Alliance for Gupkar Declaration, a grouping of political major parties such as the National Conference (NC) and People’s Democratic Party (PDP) formed to fight for J&K’s special status, said they were disappointed over the outcome of the all-party meeting with Modi. The grouping has demanded the restoration of the region’s statehood before elections are held there.

It also criticised the lack of “confidence building measures” after the meeting.

The PDP said that they are disappointed to see that nothing has been done to “ease lives of the people” after suggesting specific confidence building measures at Modi’s all party meeting.

“…The government of India has continued with its daily dictates to the people of J&K including recent orders and amendments including those making every person a suspect (Govt employees antecedents verification order) and deepening the divide between two regions of the J&K (the order related to Darbar move),” Hanjura said.

Other member parties of the PAGD like NC and CPI (M) will meet the commission. Besides, Jammu & Kashmir Congress and Bharatiya Janata Party are also scheduled to participate in the exercise.