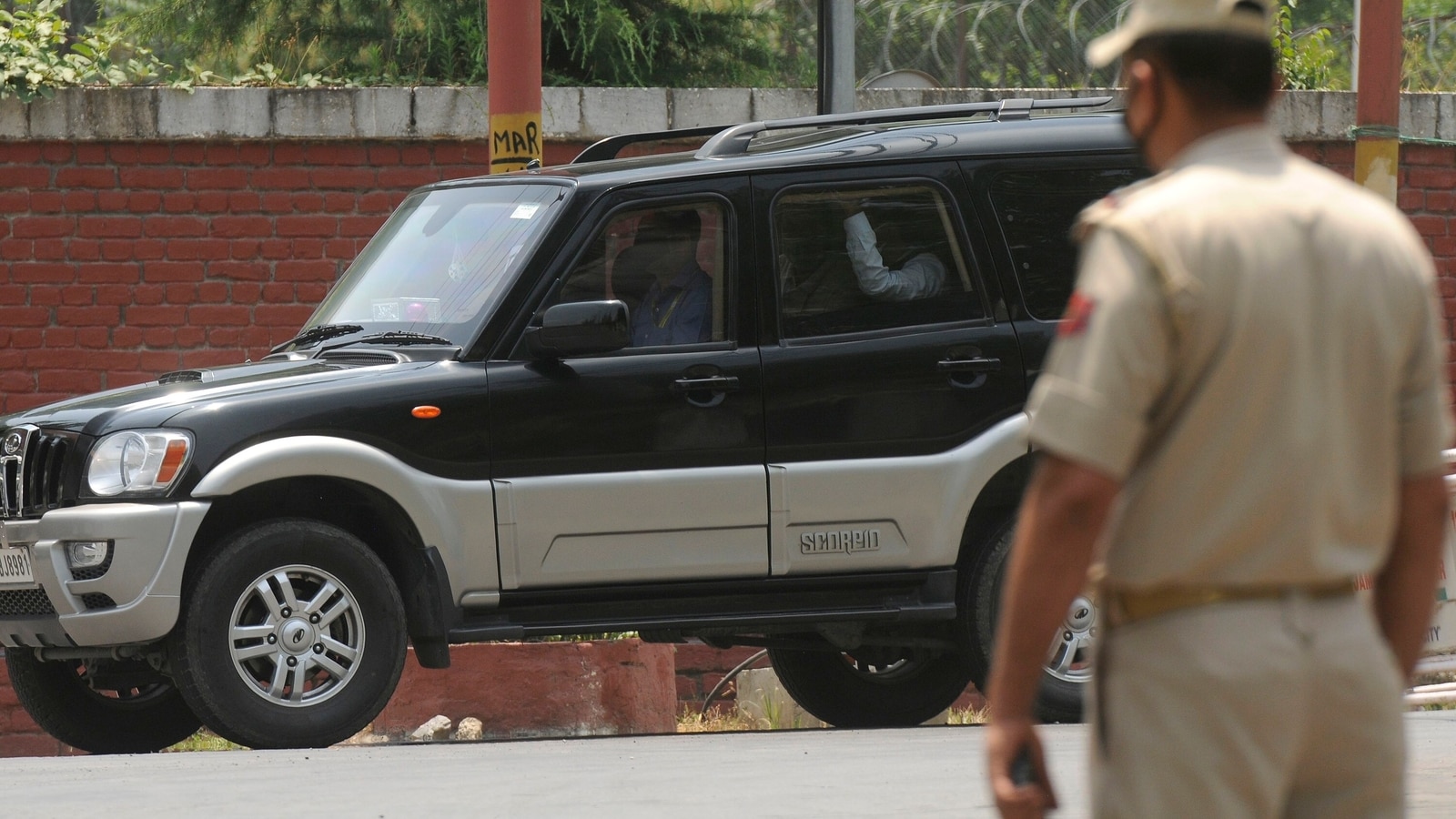 The Mehbooba Mufti-led Peoples Democratic Party (PDP) declined to meet the Delimitation Commission on Tuesday, even as leaders of other mainstream political parties in Kashmir met the members of the Centre’s panel hours after they arrived in Srinagar for a four-day tour.

The commission – led by justice (retd) Ranjana Prakash Desai – is in Jammu & Kashmir to interact with political parties and officials for “first hand” inputs on an exercise to carve out new constituencies in the Union Territory.

The PDP said it decided to stay away from the exercise as it felt that the outcome of the process was already decided, aimed to take the power away from the people of J&K, and to realise the “political vision of a particular party”.

Several parties, including the National Conference (NC), the People’s Conference (PC), the Congress, and the CPI(M) submitted separate memorandums to the visiting delegation, and urged it to allay apprehensions over the exercise by conducting it in a free and fair manner.

“On the day PDP chose not to meet Delimitation Commission, ED sent a summon to my mother to appear in person for unknown charges. In its attempts to intimidate political opponents, GOI doesn’t even spare senior citizens. Agencies like NIA & ED are now its tools to settle scores,” Mufti tweeted on Tuesday. Her remarks came hours the Enforcement Directorate served a notice on Mufti’s mother, Gulshan Nazeer, asking her to appear at the agency’s office on July 14 in connection with a money laundering case.

At a meeting with Prime Minister Narendra Modi in the national capital on June 24, J&K leaders were told that elections could not precede the delimitation exercise as the 2019 Jammu & Kashmir Reorganisation Act laid down the condition of carving out new constituencies for the polls.

Besides leaders of political parties, the commission will hold talks with district officials and other stakeholders on the ongoing process of carving out the new constituencies. The leaders of CPI, Panthers Party, Bharatiya Janata Party, Apni Party and Bhajun Samaj Party also met the Delimitation Commission on Tuesday.

Former Supreme Court judge Desai heads the commission that was constituted in March 2020 to redraw the Lok Sabha and assembly constituencies of J&K, Assam, Arunachal Pradesh, Manipur, and Nagaland. The commission has nearly nine months left to complete the exercise. It will also carve constituencies to be reserved for Scheduled Castes and Scheduled Tribes for the first time in Jammu & Kashmir.

The commission arrived in Srinagar a day after the People’s Alliance for Gupkar Declaration, a grouping of political major parties such as the NC and the PDP, said it was disappointed over the outcome of the all-party meeting with the Prime Minister.

The alliance demanded the restoration of the region’s statehood before elections were held there. It also criticised the lack of “confidence-building measures”. The Centre revoked the special status of the erstwhile state as it effectively nullified Article 370 in August, 2019.

A five-member NC delegation that met the commission told it that the exercise should have been done after the assembly elections, and termed it as an “unconstitutional exercise” based on the Reorganisation Act, which has been challenged in the Supreme Court.

“We told them the entire Reorganisational Act is unconstitutional that has been already challenged in the Supreme Court. We also told them that people in J&K have lost faith on institutions so this should be done on transparent basis as people have lot of apprehensions and the craving out of the new constituencies should be done on the basis of population and nothing else,” said NC provisional president Nasir Aslam Wani, who was part of the delegation.

The BJP delegation held a 30-minute interaction with the commission. “We told them the delimitation of assembly segments should be done on merit and due to huge population of Schedule Tribes, 9 to 10 assembly segments should be kept reserved for them. Also, we told them the previous delimitation had helped few political families of J&K which shouldn’t happen this time and villages of one district shouldn’t be put in another district during the process of redrawing the boundaries,” Sofi Yusuf, who led the delegation, said.

On Wednesday, the commission will visit Pahalgam to hold meetings with officials and delegations from four districts of South Kashmir – Anantnag, Pulwama, Kulgam, and Shopian. In Srinagar, the panel will hold meetings related to Srinagar, Budgam, Ganderbal, Bandipore, Baramulla, and Kupwara districts.

Jammu & Kashmir Congress chief Ghulam Ahmad Mir, who led the Congress delegation, said that they asked the Delimitation Commission about their plan on redrawing of boundaries for creating new assembly segments. “The commission members told us that the process will be transparent based on the suggestions of different political parties. However, our view is that the process should have been done in 2026 along with the entire country with a new Census.”

Peoples Conference spokesperson Adnan Ashraf said the party’s delegation told the commission that there were rumours that the aim of the delimitation exercise was to take away the power of the people in Kashmir.