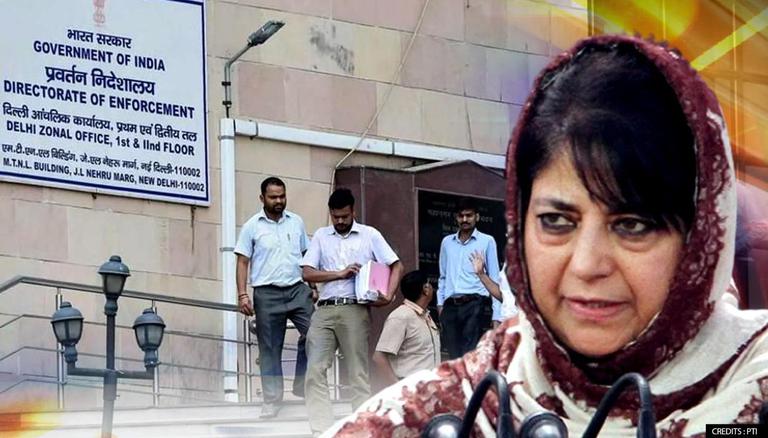 On the day PDP chose not to meet Delimitation Commission, ED sent a summon to my mother to appear in person for unknown charges. In its attempts to intimidate political opponents,GOI doesn’t even spare senior citizens. Agencies like NIA & ED are now its tools to settle scores pic.twitter.com/pVw2uYMAor

PDP says no to meeting with Delimitation Commission

PDP on Tuesday said that it will not meet the Jammu and Kashmir Delimitation Commission as the Centre did not initiate any steps to ease the lives of the people and the outcome of the delimitation exercise was “widely believed” to be “pre-planned”. In a letter addressed to Justice (retd) Ranjana Prakash Desai, PDP general secretary Ghulam Nabi Lone Hanjura said, “Our party has decided to stay away from this process and not to be a part of some exercise, the outcome which is widely believed to be pre-planned and which may further hurt the interest of our people.”

In the letter, Hanjura further reiterated PDP’s stand that the constitutional changes with regard to Jammu & Kashmir in August 2019 were made “illegally” and “unconstitutionally”. He said that the party believes the commission “lacks” constitutional and legal mandate and its very existence and objectives have left the people of J&K with many questions.

“The Reorganization Act being a product of the same process, we are of the considered opinion that the Delimitation Commission lacks constitutional and legal mandate in the first place and its very existence and objectives have left every ordinary resident of J&K with many questions,” Ghulam Nabi Lone Hanjura added.

Referring to the demarcation of boundaries of Parliamentary or Assembly constituencies, the delimitation process is carried out at regular intervals to ensure that each constituency has approximately an equal number of voters. It is usually done when a state is divided which is the case with J&K, which was split into the Union Territories of J&K and Ladakh. Elections have not been held in the state since the dissolution of the state Assembly on November 21, 2018. As per the Jammu and Kashmir Reorganisation Act, 2019, the number of seats in the Legislative Assembly of J&K shall be increased from 107 to 114.

As per the government notification dated March 6, 2020, retired Supreme Court judge Ranjana Desai and the State Election Commissioner of the concerned state or Union Territory were appointed as the other two members of the Delimitation Commission. On May 26, three JKNC Lok Sabha MPs Farooq Abdullah, Hasnain Masoodi, Akbar Lone and two BJP MPs Jitendra Singh and Jugal Kishore were nominated by the Ministry of Home Affairs as associate members of the Delimitation Commission to assist the three-member panel. However, the NC parliamentarians have not participated in any meetings so far.