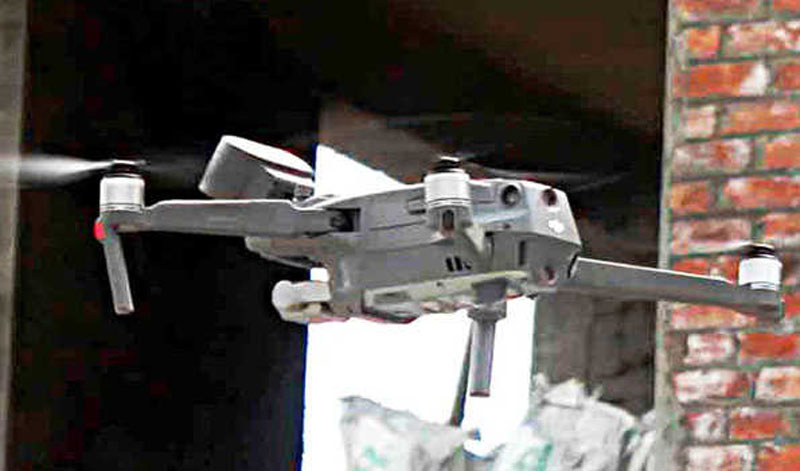 Jammu/UNI: After Rajouri and Kathua districts laid curb on drone use, the Samba district administration on Tuesday imposed a ban on use, sale and purchase of drones, flying objects in this bordering belt of Jammu and Kashmir.

In an order issued by the District Magistrate, Anuradha Gupta, on Tuesday said that there have been reports from some parts of J&K about suspected use of drones and flying objects by anti-national elements with an objective to cause damage, injury and risk to human life and or property and it has also been observed that in recent years, there has been a trend among general public especially youth for capturing photos and videos in social and cultural gathering using Unmanned Aerial Vehicles (UAVs).

“It is imperative in this backdrop that aerial space is kept free and secure especially near vital installations and thickly populated areas by restricting the use of any drone, small flying toys, objects during social, cultural gatherings or otherwise, so that no human life and or property is endangered,” she said.

“Restrictions are imposed on the use of any drone and Unmanned Aerial Vehicles (UAVs) in the district except that all drones operating in Samba District need to be registered with Assistant Commissioner Revenue, Sub Divisional Magistrate, Ghagwal and Vijaypur as per rules and regulations of DGCA,” Ms Gupta said in an order.

However, the District Magistrate said that the Government agencies using drones for mapping, surveys, surveillance and other official purposes will get the local Police Station and concerned Executive Magistrate informed.

“Any violation of order shall attract punitive action as warranted under relevant law and Senior Superintendent of Police, Samba shall ensure implementation of this order in letter and spirit,” she added.

The decision on use, ban, sale and purchase of drone is taken against the backdrop of drone attacks on Jammu Air Force Station Jammu.