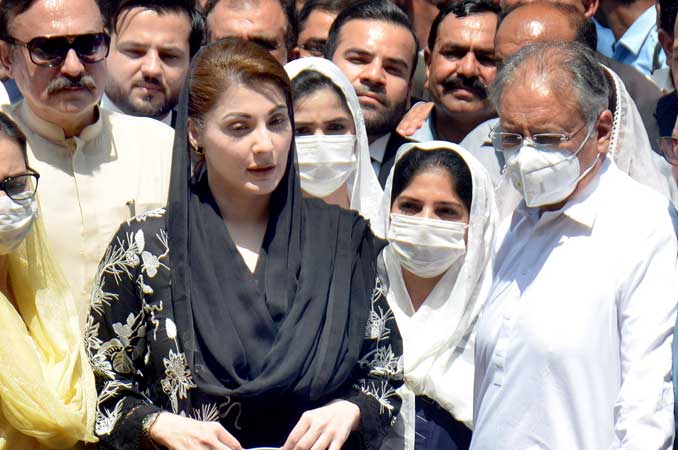 PML-N Vice-President Maryam Nawaz on Tuesday claimed that the federal government looks prepared to recognise Israel as a state.

“If you have taken a decision, then inform the people about it, as this is not a personal decision for you alone to make,” Maryam told a press conference in Islamabad. “If this is contrary to the truth, then why hasn’t the government issued a denial?” she asked, and stressed that the nation must be taken into confidence on the matter.

Speaking of the July 25 elections in Azad Jammu and Kashmir, she said that the party has given her the responsibility to run the election campaign in the region. “I am not needed at places or events where PML-N President Shahbaz Sharif is in attendance,” she said. “PML-N is in a strong position in Azad Kashmir, and if transparent elections are held, then there is no doubt that the PML-N will win there,” she said.

The PML-N vice president further said that the entire PTI is at loggerheads with each other. “If the elections are held, their situation will be plain for all to see. This government will not come again when it leaves,” she said. Maryam said that the choice must always remain with the people, when it comes to electing the country’s leadership. “In the case of Imran Khan, the nation has seen the result of such a choice,” she added.