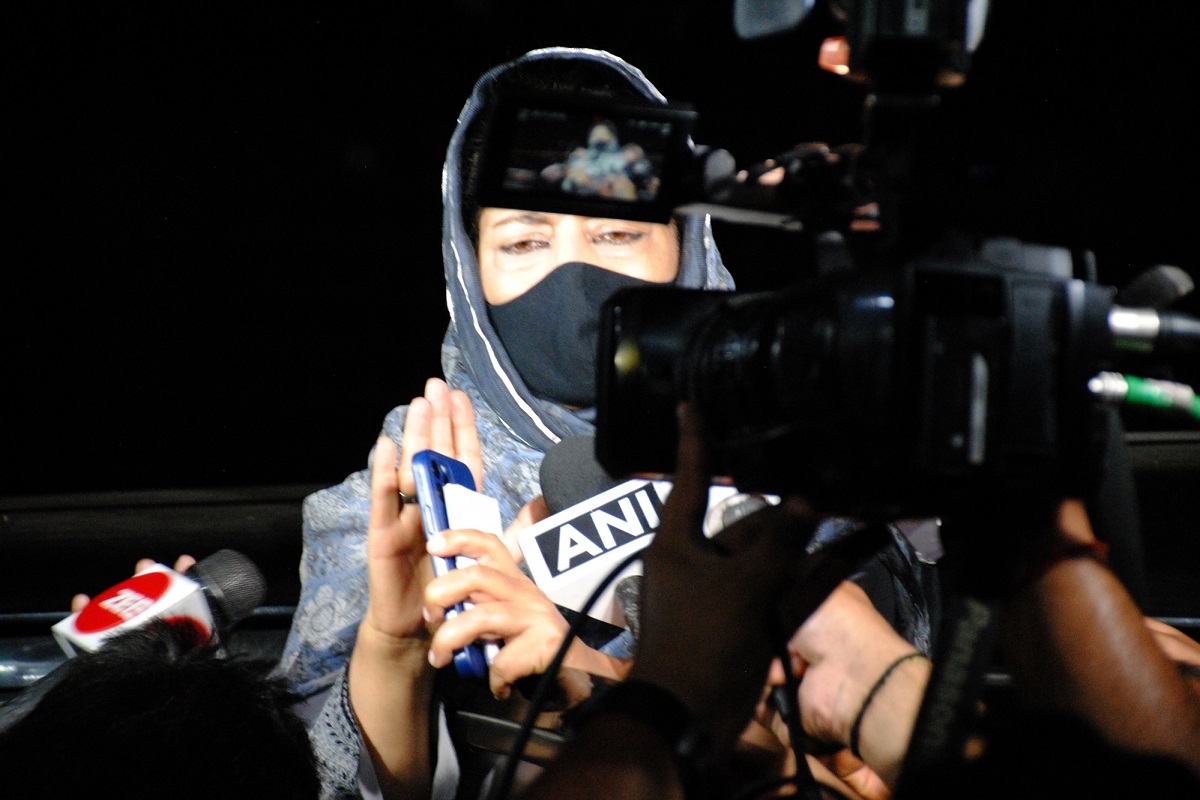 Except for the Peoples Democratic Party (PDP) led by Mehbooba Mufti and the Awami National Conference (ANC), all other Kashmir based political parties and civil society groups have accepted the invitation of the Delimitation Commission headed by Justice Ranjana Prakash Desai to meet the commission that is visiting Jammu and Kashmir for four days.

Interestingly, the National Conference whose president Farooq Abdullah, heads the Peoples Alliance for Gupkar Declaration (PAGD) has decided to meet the commission whereas the PDP and the ANC that are constituents of the PAGD have announced the boycott of the commission.

The PAGD had on Monday expressed disappointment at the centre not so far initiating any confidence-building measures in the Kashmir valley after the all-party meeting of J&K leaders chaired by Prime Minister Narendra Modi.

The commission would recommend fresh constituencies in J&K.

“There are apprehensions that the outcome is pre-planned, it will further result in political disempowerment of J&K’s people and is aimed at realising the political vision of a particular political party and was bound to further hurt the interests of our people”.

The exercise being undertaken by the commission was just a “formality”, the PDP said and also questioned the validity of the commission.

The National Conference has set up a five-member team, comprising Abdul Raheem Rather, Mohammad Shafi, Mian Altaf Ahmad, Nasir Aslam Wani and Sakina Ittoo, to meet the panel and put forth the party’s viewpoint.

The People’s Conference headed by Sajad Lone has nominated four party leaders, Altaf Bukhari’s J&K Apni party has listed 5 leaders, BJP 4 and the Congress named 6 partymen to meet the commission in Srinagar. Leaders of the BSP, CPI and the CPI(M) will also meet the delimitation panel.

The commission will hold a series of meetings with political parties, district election officers and other stakeholders during their visit beginning on Wednesday.

The Panthers Party has announced that its president Bhim Singh will lead the party delegation in Jammu. Another 5-member committee has been nominated for meeting the commission in Srinagar. The party will demand an equal number of assembly seats in the Jammu region and the Kashmir valley.

Congress leaders Raman Bhalla, Yogesh Sawhney, Ravinder Sharma and others have questioned delimitation on ten years old census of 2011 and sought consideration of the existing population.

According to the J&K Reorganisation Act, the union territory will add seven constituencies to the existing strength of 83 members in the Assembly before the elections are held.

The National Conference had boycotted the first meeting of the commission in Delhi saying it had challenged the J&K Reorganisation Act before the supreme court.