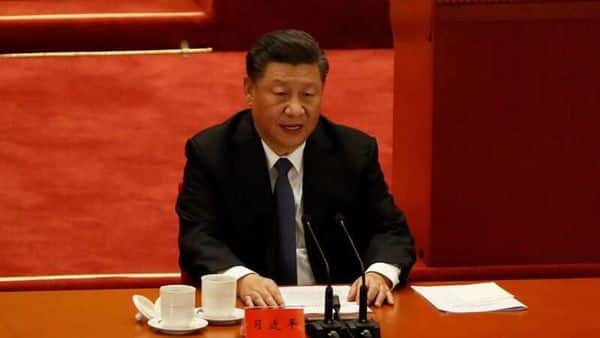 BEIJING : Chinese President Xi Jinping has promoted Xu Qiling, Commander of the People’s Liberation Army’s Western Theatre Command which oversees the borders with India, to the rank of a General, amid the continued standoff along the Line of Actual Control (LAC) in eastern Ladakh.

Xi, who is also Chairman of the Central Military Commission (CMC) – the overall high command of the PLA, promoted 58-year-old Xu to the rank of General – the highest rank for officers in active service in China.

Xi presented certificates of the orders he signed to them at a ceremony held by the CMC in Beijing on Monday.

Xinhua in its report referred to Xu as the Commander of the PLA’s Western Theatre Command.

However, the two sides completed the withdrawal of troops and weapons from the North and South banks of Pangong Lake in February following a series of military and diplomatic talks.

On June 25, India and China held a virtual meeting of the Working Mechanism for Consultation and Coordination (WMCC) on border affairs during which they had agreed to hold the next round of military talks at an early date to achieve the objective of complete disengagement in remaining friction points in eastern Ladakh.

The two sides had a “frank exchange” of views and decided to maintain dialogue to reach a mutually acceptable solution for withdrawal of troops in all friction points to enable progress in the overall ties, according to a statement by the Ministry of External Affairs (MEA) in New Delhi. PTI KJV ZH AKJ ZH ZH