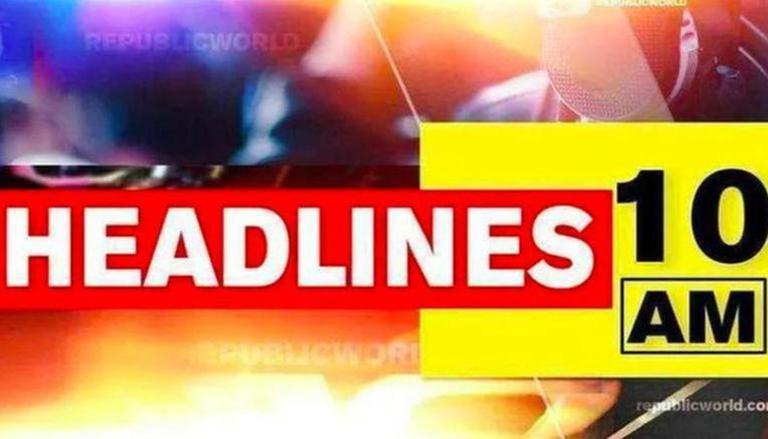 In a bid to counter future drone attacks, the Indian Air Force (IAF) has initiated a process to acquire 10 counter unmanned aircraft systems for deployment at various airbases in India. After the twin drone attacks at the IAF station in Jammu, the airforce had floated a Request for Information (RFI) inviting bids for anti-drone systems.

In a major breakthrough for the Centre, all major political parties in Jammu and Kashmir barring for PDP have agreed to meet the Delimitation Commission on Tuesday, July 6. This comes days after PM Modi chaired a meeting of 14 leading politicians of J&K in which it was emphasized that Assembly elections will be held after the Delimitation process is complete.

AIADMK’s crackdown on VK Sasikala’s supporters intensified on Monday, July 6, as it sacked 9 members of the party for speaking to the ousted leader over phone. In statements issued by party coordinators O Panneerselvam and Edappadi Palaniswami, the AIADMK cadres have been warned against keeping contact with the dismissed party leaders based in Salem, Kallakurichi, and Thoothukudi districts.

Showing its true colours after its brief peace posturing, Pakistan asserted that it had called off the rumoured backchannel talks with India. Speaking to a private channel on Saturday,July 3, Pakistan’s National Security Advisor Moeed Yusuf claimed, that it was India that had approached his country expressing willingness to talk on all issues including Jammu and Kashmir.

More than a year after the Galwan valley clash, Chinese President Xi Jinping promoted Commander of the People’s Liberation Army’s (PLA) Western Theatre Command Xu Qiling, who is responsible for overseeing the Line of Actual Control (LAC) in eastern Ladakh. According to Xinhua news agency, the 58-year-old was promoted to the rank of General, which is the highest rank for officers in active service in China by Xi Jinping who heads the Central Military Commission (CMC) as the Chairman.

With An Eye On Uttarakhand Polls, Ex-CM Tirath Singh Rawat To Get Union MoS Berth: Sources

In an astonishing turn of events, ex-Uttarakhand CM Tirath Singh Rawat is likely to be accommodated as a Minister of State at the Centre, sources told Republic TV. On July 4, Pushkar Singh Dhami replaced Rawat as the CM owing to the fact that the Election Commission was unlikely to conduct a by-election considering the COVID-19 situation. A sitting Lok Sabha MP from the Garhwal seat, Tirath Singh Rawat had less than three months to get elected to the state Assembly.

Hitting out at Mayawati on Monday,July 5, Uttar Pradesh Deputy CM Keshav Prasad Maurya asserted that RSS and BJP did not require a certificate from the BSP supremo. Mayawati had frowned upon RSS chief Mohan Bhagwat’s comments on Hindu-Muslim unity, stressing that people will find it difficult to digest this. Maintaining that there was nothing wrong with what Bhagwat said, Maurya lamented that no appreciation was forthcoming from leaders such as Mayawati.

South Africa cricket team’s head coach Mark Boucher feels the conditions in the UAE for the ICC T20 World Cup will be similar to that of in the Caribbean. Boucher stated that the wickets in the UAE are expected to be dry after the conclusion of the IPL, which is scheduled to be held in the Gulf country right before the start of the World T20.

Reacting to the disappointment of not being able to contest the inaugural World Test Championship final, frustrated Australia red-ball skipper , Tim Paine said, that it is a “bitter pill to swallow”. Australia was one of the front runners in the race to reach the WTC final but docked four points for slow over rate during the Boxing Day Test against India.

The Miami building collapse that took place in the early hours on June 24, just updated its official death count to 28 and now investigators are turning their attention to a report back from 2018. Video footage suggests that the building in Surfside, Florida (Fl) experienced a progressive collapse. This happens when there is a failure of a primary structural element, which then further causes the failure of adjoining members.