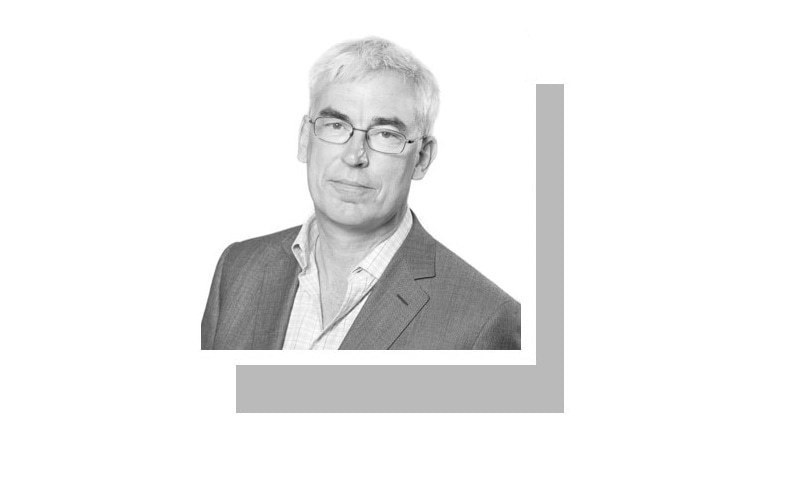 IN the darkest days of the conflict in Northern Ireland, there seemed to be no imaginable solution. The centuries-old dispute between the Catholics and Protestants — those who wanted to be part of Ireland and those who wanted to remain with the UK — was just too deep. But in 1998 Tony Blair did secure a peace deal and even though that historic achievement is now threatened by Brexit, it nonetheless prompts the question: might a deal on another apparently irresolvable dispute — Kashmir — be possible too?

Two Pakistani leaders — Zulfikar Ali Bhutto and Pervez Musharraf — have considered making the sort of compromise that might have led to a breakthrough. In the early 1960s, the US used the leverage over New Delhi it had acquired by supporting India vis-à-vis China, to tell Nehru he should be willing to hold direct talks with Pakistan on Kashmir. The first round of discussions took place in Rawalpindi in December 1962, followed by four more rounds in Delhi, Karachi (twice) and Calcutta.

Few thought that much would come of the negotiation but the dialogue revealed that Bhutto was capable of being more flexible than might have been expected. The young foreign minister indicated that Pakistan might be willing to settle for some adjustments to the ceasefire line in Kashmir — indeed, he asked India to make some suggestions for adjustments — and he also considered the idea that the issue at the heart of the dispute, the status of the Kashmir Valley, could be blurred by demilitarisation, soft borders, joint administration, free movement or Kashmir’s status being internationalised in some way. But by the time the talks reached a sixth round, both sides were reverting to their established positions and US pressure in Delhi softened, meaning Nehru saw no need to compromise.

Half a century later, Musharraf, after backchannel talks, proposed a package with some similarities to what was discussed by ZAB. First, there was agreement in principle on demilitarisation. Pakistan would withdraw troops from Azad Kashmir and reduce cross-border militancy if India took troops out of the Kashmir Valley. Furthermore, Pakistan would be willing to deepen the degree of self-governance in Azad Kashmir if India made similar arrangements on its side of the LoC. But alongside the self-governance there would be a joint mechanism involving the governments of India and Pakistan which would meet two or three times a year to facilitate issues such as trade, free movement and, crucially, water. The proposals eventually collapsed in the face of nationalist opposition in India.

Is some backchannel diplomacy exploring the options?

A comparison of the two sets of talks shows that the process became far more detailed under Musharraf than had been the case with the ZAB-led talks. As for the substance, some elements were clearly different. In the 1960s talks, the ceasefire line would remain important whereas in the Musharraf period the whole effort was to reduce the significance of the LoC. Nevertheless, there were also many shared elements including demilitarisation and the idea of a blurred constitutional status.

When Narendra Modi won his first election in 2014, some Pakistani military strategists argued that his coming to power could work to Pakistan’s benefit. They argued that the very fact that Modi was a hard-liner would mean he would be in a position not only to do a deal but also deliver it. Similarly, it would be difficult to imagine any civilian politician in Pakistan securing a settlement on Kashmir because the army would doubtless accuse them of selling out. Only the army could deliver the army.

On the face of it, however, Modi seems even less likely than his predecessors to do a deal. Not only is he a more nationalist politician but he has also, if anything, advanced India’s demands. His removal of Article 370 represented a hardening of India’s position. And the idea that India might accept the LoC as an international border has given way to suggestions that India is interested in advancing its claims on Azad Kashmir.

For all of that, some of those who have worked with Gen Bajwa say the army leader believes that there is little point in continuing with a strategy in Kashmir that doesn’t work. And President Alvi recently hinted to TV host Adil Shahzeb that Imran Khan is prepared to adapt his thinking on Kashmir. All of which raises the question: is something going on? Is some backchannel diplomacy already exploring the options? If that is the case, then when it comes to the nature of any possible deal, the history of the ZAB and Musharraf initiatives suggests some of the elements have probably already been discussed by the two countries and are, in a sense, already out there.

A deal may look impossible. But that was what they said about Northern Ireland too.

The writer is author of The Bhutto Dynasty: The Struggle for Power in Pakistan.