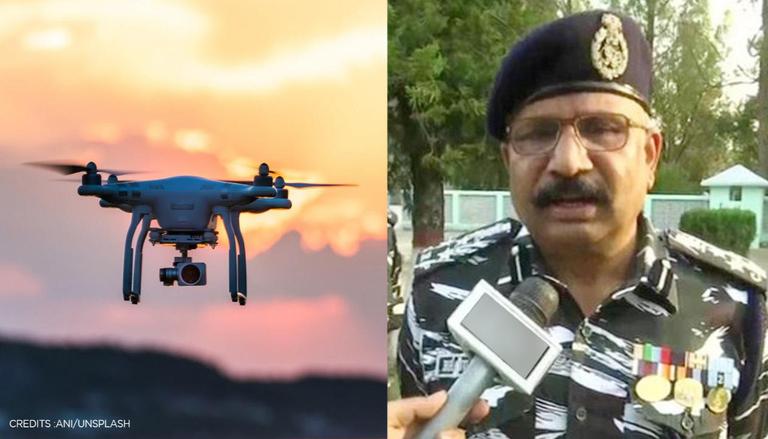 Speaking about the recent multiple blasts of Jammu and Kashmir, Central Reserve Police Force Deputy Inspector General (DIG) Bhanu Pratap Singh said that the force is taking the drone attack threat very seriously and the work to secure all CRPF camps from the incident is underway.

The CRPF said to ANI, “We take this (drone) threat very seriously. The work is in progress to secure all CRPF camps from this threat. This is not a new threat.”

He added, “We were anticipating this kind of threat from Pakistan,” he said on being asked which country is likely to carry out drone attacks near border areas. The Jammu Air Force station attack case is investigated by the National Investigation Agency (NIA)

On early Sunday morning, June 27, multiple blasts occurred in the premises of the technical area of the Jammu airport. Two blasts were heard within a gap of 5 minutes, the first blast sound is captured in the CCTV at 1.37 am while the second at 1.43 am.

It is suspected that the target was the aircraft parked in the dispersal area. The drone attacks are observed at the border since Pakistan had issued a warning on June 20 ahead of J&K all-party meeting and that stated it will oppose any move by India to “divide” or change the demography of Kashmir. Later, on June 23, two people were killed and 17 more injured in a blast that was reported in a residential area of Pakistan’s Lahore, near Hafiz Saeed’s residence.

After the attack, Chief General MM Naravane had said, “Easy availability of drones definitely increases the complexity and challenges that we have to deal with. We have put in place some measures. We’re developing capabilities to deal with the drone threat in both kinetic and non-kinetic realm”.

A special bomb squad team of the National Security Guard (NSG) is investigating the nature of the blast. Meanwhile, the Indian Air Force (IAF) is taking all possible measures to ensure that such an incident is not repeated at other places and a high alert has been sounded at all stations.

On July 2, a Pakistan drone was spotted entering the Indian territory at the International Border (IB) in the Arnia area of the Jammu district by the Border Security Force (BSF) troops. And for the past week, a minimum of five drones are been spotted in Jammu.