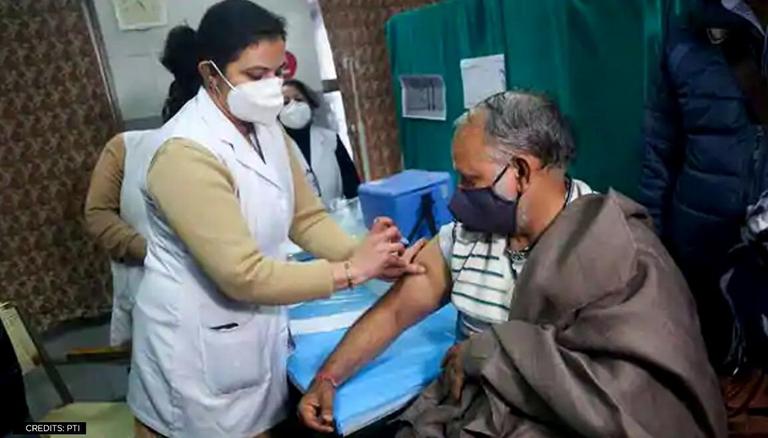 Jammu and Kashmir has achieved 100% vaccination of eligible persons in the 45-plus age group in nine districts while the overall percentage of vaccinated persons in the targeted age group is rapidly increasing in other districts. The Shopian district in South Kashmir has become the first district in Kashmir to provide 100% immunisation to persons over the age of 45 followed by Bandipore, Ganderbal, Baramulla, Budgam, Jammu, Poonch, Rajouri, and Samba. All of this was made possible by the District administration’s and Health Department’s tireless efforts.

COVID-19 cases have been on the rise in the Union Territory of Jammu and Kashmir, putting the state authorities on edge. The valley’s health authority has launched a massive immunisation campaign across Jammu and Kashmir. The Union Territory is one of the most heavily vaccinated regions in the country for persons over 45. Approximately 66%  of adults over 45 have been vaccinated, which is significantly higher than the national average of 32%, according to previous data.

The valley’s health authority has launched a massive immunisation campaign across Jammu and Kashmir. The ‘J&K model,’ which is a 10-point strategy to vaccinate the entire eligible population at a rapid speed, was used to cover the vaccine in the villages. The administration faced several difficulties during the inoculation drive in the small villages of these districts.

According to Owais Ahmad, Deputy Commissioner, Bandipora, the district administration was able to distribute one lakh doses and vaccinate 100% of the eligible age group in 20 villages in the district. According to him, field employees and village level teams travelled several kilometres to reach certain remote places in order to vaccinate persons over 45 years old. According to the deputy commissioner, similar special counters will be set up in Sumbal and other regions as well to ensure that the specially-abled are not inconvenienced. The specially-abled people were also given a medical kit containing immune booster drugs, he said.

COVID cases in Jammu and Kashmir

Officials in Jammu and Kashmir reported six COVID-19 deaths and 274 new cases on Monday, bringing the total number of fatalities and infections to 4,343 and 3,17,250, respectively.  They said 113 of the new cases were reported from Jammu and 161 from Kashmir.  They stated that Reasi district had the most cases with 72 – all travellers – followed by Srinagar with 53.  According to officials, the number of active cases in the union territory has reduced to 3,774 and 3,09,133 individuals have recovered from the virus.  Six patients died in the last 24 hours, bringing the total death toll at Covid to 4,343.