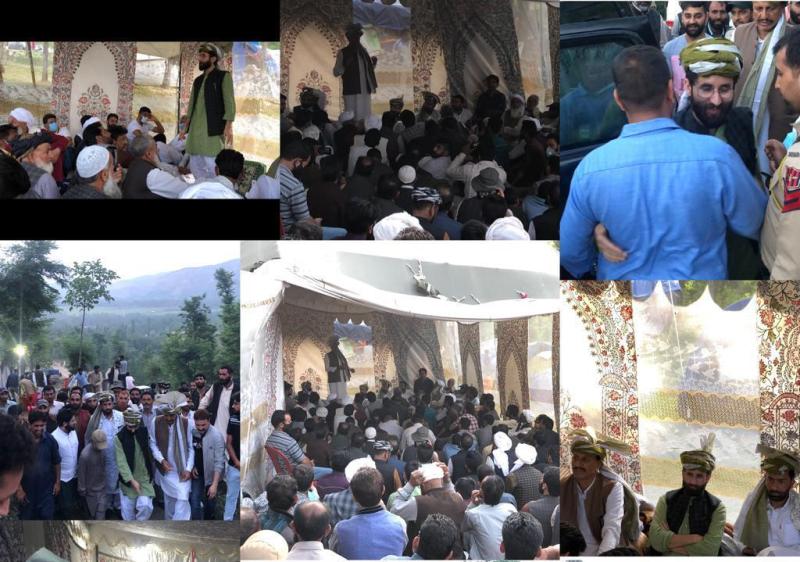 Anantnag:Jammu Kashmir Workers Party president Mir Junaid on Sunday conducted a tour of south Kashmir region in the Kashmir valley along with a number of grassroot representatives which include DDCs, BDCs, Sarpanchs, Panchs and Corporators.

Mir met various delegations of people coming from different sections of the society who put forward their issues in front of him.

The people expressed their anger with the traditional mainstream parties and accused them of misleading them and not fulfilling the promises of development which the politicians had made to them.

Mir assured the people of full effort on his part to get their issues resolved.

Mir also addressed a public gathering of at least 600 people at Dooru Shahabad where the people heard him enthusiastically.

The people received the message of national unity very well and expressed their desire to participate in the nationalist stream of politics.