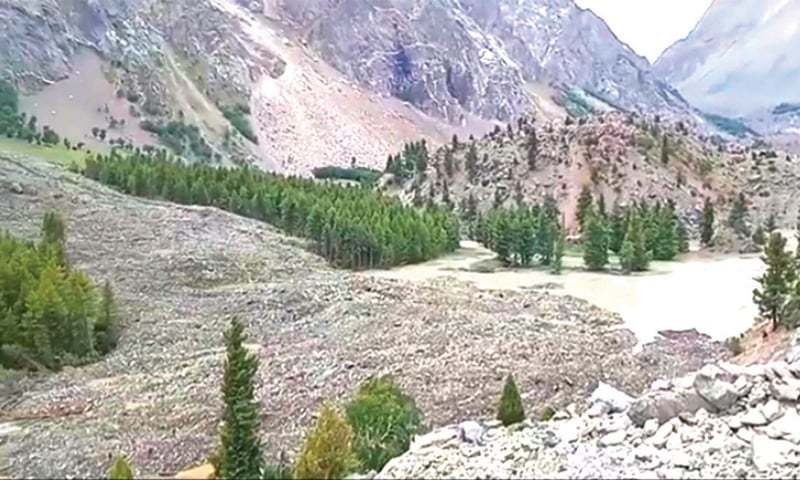 GILGIT: Four people including two women went missing as a glacial surge blocked a nullah, forming an artificial lake in the Naltar valley here on Monday.

According to Gilgit-Baltistan Disaster Management Authority (GBDMA), the glacial surge in the area blocked water flow of Naltar nullah, creating an artificial lake.

The authority said water discharge from the lake had started.

Director GBDMA Wali Khan, in a statement, said rescue teams had been dispatched to the area, and essential supplies and food items had also been delivered to Naltar.

He said people living in the downstream areas had also been shifted to safer places.

Irshad Haqqani, a local resident, told Dawn that the glacial surge had destroyed a four-kilometre pasture, a large number of trees and killed numerous cattle.

Meanwhile, according to a statement issued by Gilgit deputy commissioner Naveed Ahmed, machinery had been set to the area to ensure discharge of water from the lake. He said four persons had reportedly been buried under debris.