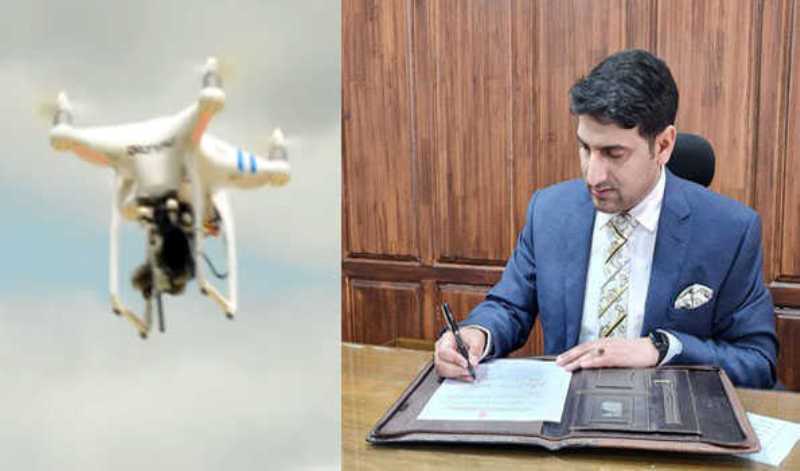 Srinagar/UNI: The authorities on Sunday banned the use, possession, sale, storage and transportation of drones in the summer capital, Srinagar.

The decision by the district administration to ban drones in Srinagar comes against the backdrop of suspected drone attack on Jammu airbase and sighting of drones near various vital installations last week in J&K.

“To secure aerial space near vital installations and highly populated areas, it is imperative to discontinue the use of drones in all social and cultural gatherings to eliminate any risk of injury to life and damage to property,” read an order issued by Deputy Commissioner (DC), Srinagar, Mohammad Aijaz Asad.

The order said that decentralised air space access has to be regulated in view of the recent incidents of misuse of drones posing threat to security infrastructure as reported by the media and other reliable sources.

The order said that keeping in view the security situation apart from concerns if breach of privacy, trespass, it is extremely dangerous to let unmanned aerial vehicles to wander around in skies within the jurisdiction of Srinagar district.

It said that the people, who already have drone cameras/ similar kind of unmanned aerial vehicle in their possession, should deposit the same at the local police station under proper receipt.

The order further said that government departments using drones for mapping, surveys and surveillance in agricultural, environmental conservation and disaster mitigation sector shall inform the local police station before undertaking any such activity in public interest. “Any violation of this order shall attract punitive action as warranted under relevant laws,” they added.

Meanwhile, Air Chief Marshal RKS Bhadauria on Saturday said that the suspected drone strikes in Jammu airbase were an act of terror that was aimed at targeting key military assets. “Indian Air Force is in the process of bolstering its capabilities to deal with such security challenges,” he said.