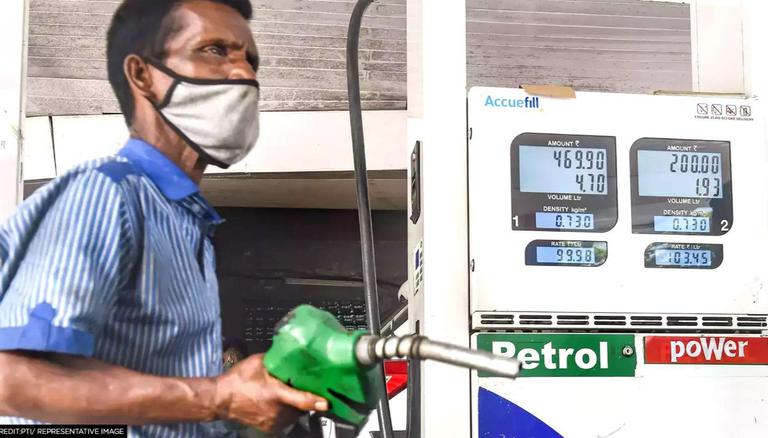 After the nationwide hike in petrol prices announced on Friday,July 2, the fuel prices remain unchanged on Saturday,July 3. The petrol prices were raised by 33 to 37 paisa by the oil companies on Friday. Diesel prices also remained unchanged for five consecutive days.

This comes as a relief for citizens at a time when the country is observing continuous massive rise in the prices. The steep fuel price hike began in May and, since then there is no downfall in the prices. On Friday, it was the 34th time, when the prices took an upsurge in less than two months.

Spike in price continues,11 states sell petrol at Rs100/ ltr and above. Here are the latest fuel rates:

The petrol prices have even crossed Rs.100 per Litre cost in several states. As of Saturday, there are 11 states and UTs, where petrol touched Rs.100 for a litre. Namely, Madhya Pradesh, Rajasthan, Maharashtra, Andhra Pradesh, Telangana, Karnataka, Tamil Nadu, Jammu and Kashmir, Ladakh, Odisha and Bihar. In the list, Chennai is the latest entrant to the triple-digit ranks with a pump price of Rs 100.13 / litre.

Out of the top four metropolitan cities, Mumbai has the highest price of combustible fuel. Bangalore seconds Mumbai, in terms of the highest petrol prices across the country. Petrol is being sold at Rs 105.24 per litre in Mumbai, and in Bangalore, the pump price is 102.48 per litre.The price was hiked in Mumbai by 34 paise, from the previous Rs 104.90 per litre. However, in Bangalore, it was a 37 paise increase from the old price of Rs 102.11 per litre. Despite the constant surge, petrol price is yet to touch the 100 rupees/ litre figure in some metro cities including Delhi and Kolkata. Delhi carries a petrol price today of Rs 99.16 per litre, while Kolkata holds a rate of Rs 99.04 per litre. The national capital witnessed a 33 paisa increase on Friday.

On the other hand, the prices of diesel remain steady  across the top metros, including Bangalore. For Bangalore, the pump price is Rs 98.54 per litre. The latest price of diesel in Mumbai is Rs.96.72/ ltr, Delhi– Rs.89.18/ ltr, Chennai–93.72/ltr and in Kolkata, it is Rs 92.03 per litre.Meanwhile, the opposition parties in the country continue to corner the Modi government on the rising price issue. On Saturday, Opposition leaders including Congress MP Shashi Tharoor, Derek O’Brien from Trinamool Congress(TMC) and Aam Admi Party (AAP) MLA Somnath Bharti tweeted a video of former  Prime Minister Atal Bihari Vajpayee protesting against the fuel price hike in 1973. The video was a sarcastic nudge on Modi government’s inability to regulate fuel prices.

Rare footage from 1973 of an opposition protest when petrol prices were raised by seven Paise. Atal Bihari Vajpayee arrived in Parliament on a bullock cart (which would not be possible today with the new security restrictions on vehicle entry into the complex!) pic.twitter.com/1hd97kgoMG

When petrol prices were increased by a few paisa (7 paisa?) in 1973, Atal Bihari Vajpayee had travelled to #Parliament on a bullock cart in protest.