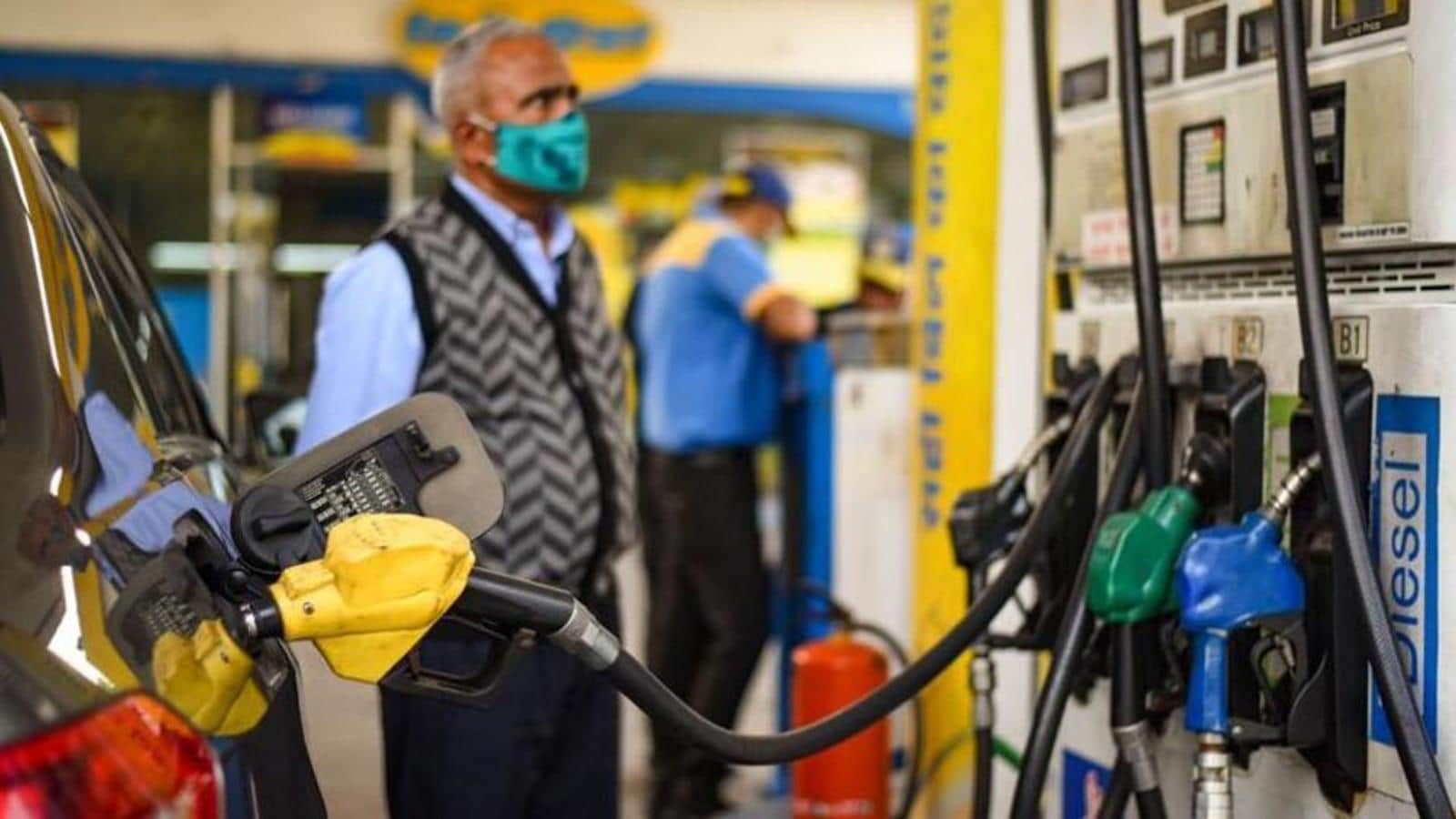 Auto fuel rates rallied on Sunday as state-run oil companies raised petrol prices by 35 paise and diesel by 18 paise a litre in the 34th hike in two months, making the two fuels costlier by over 10% since May 4, a day after results of five assembly polls were declared.

While fuel rates of state-run Indian Oil Corporation (IOC) in Delhi are the benchmark for the entire country, retail prices of the two fuels differ from place to place because of variations in state taxes and local levies.

Petrol has, however, crossed the ₹100 mark in three metros — Mumbai, Chennai and Bangalore. The financial capital on Sunday priced petrol at ₹105.58 per litre and diesel at ₹96.91.

The highest fuel rates have been recorded in Rajasthan’s Ganganagar where pumps are selling petrol at ₹110.77 per litre and diesel at ₹102.60 a litre.

International oil prices rally continued on Friday after producers’ cartel – the Organisation of the Petroleum Exporting Countries and its allies, including Russia (together known as OPEC+) – on Thursday decided to restore less than expected supply even as global oil demand is growing.

Domestic taxes are the other reason for high prices of auto fuels in the country. In Delhi, central levies account for 33.29% of petrol’s price and state taxes, 23.07%, according to an official data of July 1. On diesel, central taxes are over 35.66% while state taxes are about 14.62%. Through 2020, as global crude prices fell, the central government raised excise duty on the fuel to shore up its finances. States too followed suit — with revenues hit on account of the pandemic.

According to executives working in state-run oil marketing companies, pump prices are also high because companies were recovering their past revenue losses like the one suffered for 66 days since February 27 when rates were not raised because of assembly elections in four states and one Union territory.