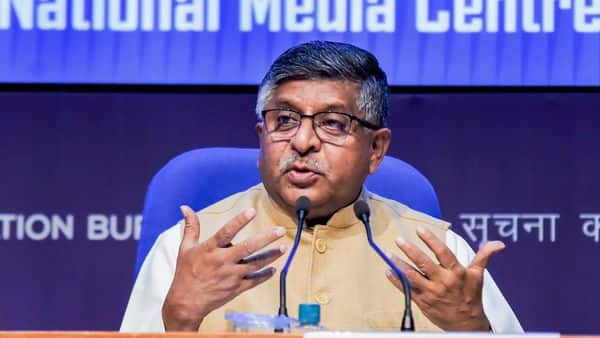 Union IT and Law Minister Ravi Shankar Prasad praised Google, Facebook and Instagram for publishing their first compliance reports on voluntary removal of offensive posts. The minister called it a big step towards transparency.

“Nice to see significant social media platforms like Google, Facebook and Instagram following the new IT Rules. First compliance report on voluntary removal of offensive posts published by them as per IT Rules is a big step towards transparency,” he tweeted.

The new IT rules require large digital platforms with more than 5 million users to publish monthly compliance reports. These documents include details of complaints received by social media companies against content posted on their respective platforms and action taken by them.

‘Actioned’ content refers to the number of pieces of content, including posts, photos, videos or comments, where action has been taken for violation of standards. Taking action could include removing a piece of content from Facebook or Instagram or covering photos or videos that may be disturbing to some audiences with a warning.

Search engine Google and its video sharing site YouTube received 27,762 complaints during April this year from individual users in India over alleged violation of local laws or personal rights. This led to removal of 59,350 pieces of content.

Koo, the homegrown Twitter replacement, mentioned in its compliance report that it proactively moderated 54,235 content pieces, while 5,502 posts were reported by its users during June.

Apart from publishing periodic compliance reports every month, the new IT rules stipulate social media intermediaries to disclose the number of specific communication links or parts of information removed or disabled access to in pursuance of any proactive monitoring conducted by using automated tools.

Social media platforms not complying with the IT rules would los their intermediary status that provides them immunity from liabilities over any third-party data hosted by them.

Centre claims the rules are meant to prohibit misuse of social media platforms in India, which is one of the biggest market for social media giants in the world. As per government data from earlier this year, India has 53 crore WhatsApp users, 41 crore Facebook subscribers, 21 crore Instagram clients, and 1.75 crore Twitter account holders.

Social media intermediaries’ acceptance of IT rules is bound to deepen troubles for microblogging site Twitter in India, which has been at loggerheads with the central government over the new legislations. New Delhi has warned Twitter against its failure to comply with the the new IT rules.

Twitter recently named California-based Jeremy Kessel as India’s grievance redressal officer on the platform’s website, which renders the appointment in violations of requirements mentioned in the new IT rules. Notably, the social media platform has lost its legal shield as an intermediary in India, becoming liable for users posting any unlawful content.

Twitter has now said that it is in the final stages of appointing a new grievance office for India.

Amid its disagreement with the government over compliance with new IT rules, the Twitter website on Monday displayed a wrong map of India that showed Jammu and Kashmir and Ladakh as separate countries. The incorrect map was removed later that day, in the face of heavy backlash.

Twitter had also temporarily blocked Ravi Shankar Prasad‘s account over alleged DMCA violation. A similar action was taken against Congress MP Shashi Tharoor, who is the chairman on parliamentary committee on information technology. Both accounts were later reinstated.

Twitter has been at odds with the government on multiple issues in the past months as well, including during the farmers’ protest and later when the microblogging platform tagged political posts of several leaders of the ruling party BJP as “manipulated media”, drawing a sharp rebuke from the Centre.