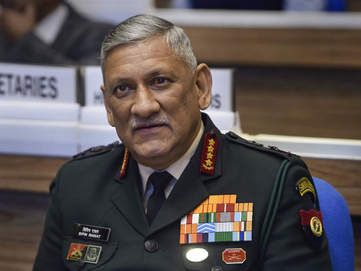 Chief of Defence Staff Gen Bipin Rawat on Friday cleared the air on creating theatre commands, saying the Northern Command of the Indian Army for the time being would remain as it is while there would be dedicated integrated commands for China and Pakistan.

These would have the Air Force component, separate from the Air Defence Command that would be the exclusive mandate of the IAF. General Rawat was speaking at a ‘Global Counter-Terrorism Council’ webinar on artificial intelligence and other modern technologies. He also talked of the existing counter-drone systems. He said as far as the Indian Air Force was concerned, the country’s entire airspace would be looked after by the Air Defence Command.

The theatres with the northern and western adversary (China and Pakistan) would be land-based, General Rawat said. Offensive air support for these would be provided by the IAF. On the Northern Command of the Army, he said: “The Northern Command looks after both the fronts — the China front in Ladakh and the northern front in the Kargil sector. This is one area that would witness a two-front war.”