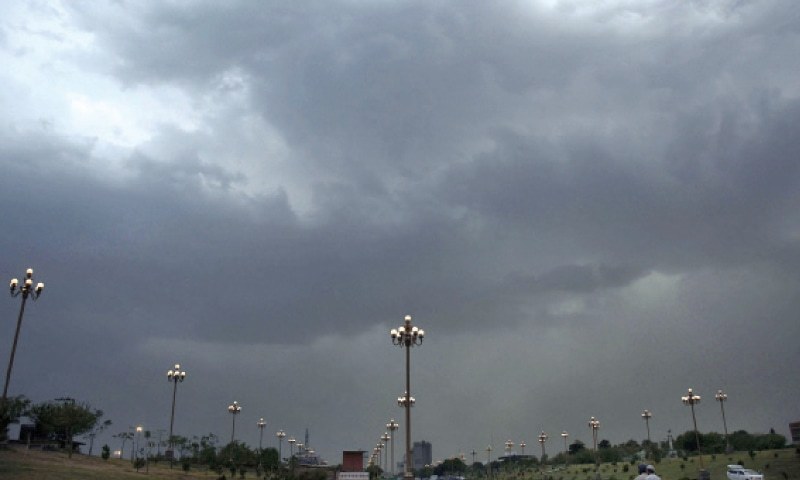 RAWALPINDI: Rain clouds accompanied by a pleasant breeze led to a sudden dip in temperature in the twin cities of Islamabad and Rawalpindi, bringing relief from the otherwise scorching heat and constant loadshedding.

The temperature was recorded at 41°C at 4pm that dropped to 21°C around 8pm. Throughout the past week, mercury remained above 42°C.

The heat and loadshedding had been adding to the troubles of the citizens as they stayed indoors during afternoons.

However, with an abrupt shift in the weather on Friday, the residents were seen in streets and parks to enjoy the rain. The rain started after 6pm and continued till 8pm.

Water level in Leh Nullah remained low and did not rise to a dangerous level. On the other hand, power supply remained suspended in many areas.

Officials said the power supply was suspended in order to avoid an untoward incident.

The Meteorological Department recorded 8mm of rain at Zero Point, 6mm at Saidpur, 12mm at Golra and 11mm at Bokra in Islamabad whereas 5mm of rain was recorded in Rawalpindi.

According to a Met official, wind speed in Rawalpindi and Islamabad was recorded at 25 knotts (50 kilometres per hour). He said monsoon currents were penetrating the upper and central parts of the country and this was likely to continue for the next two to three days.

A weak shallow westerly wave is affecting northern parts of the country.

He said there was no chance of rain apparently in the twin cities of Rawalpindi and Islamabad on Saturday (today) but conditions for another rain spell could develop.

A rain-wind/thunderstorm is expected in upper/central Punjab, Khyber Pakhtunkhwa, Kashmir and Gilgit-Baltistan while hot and dry weather is likely to prevail over other parts of the country. The weather will be very hot in plain areas of the country.