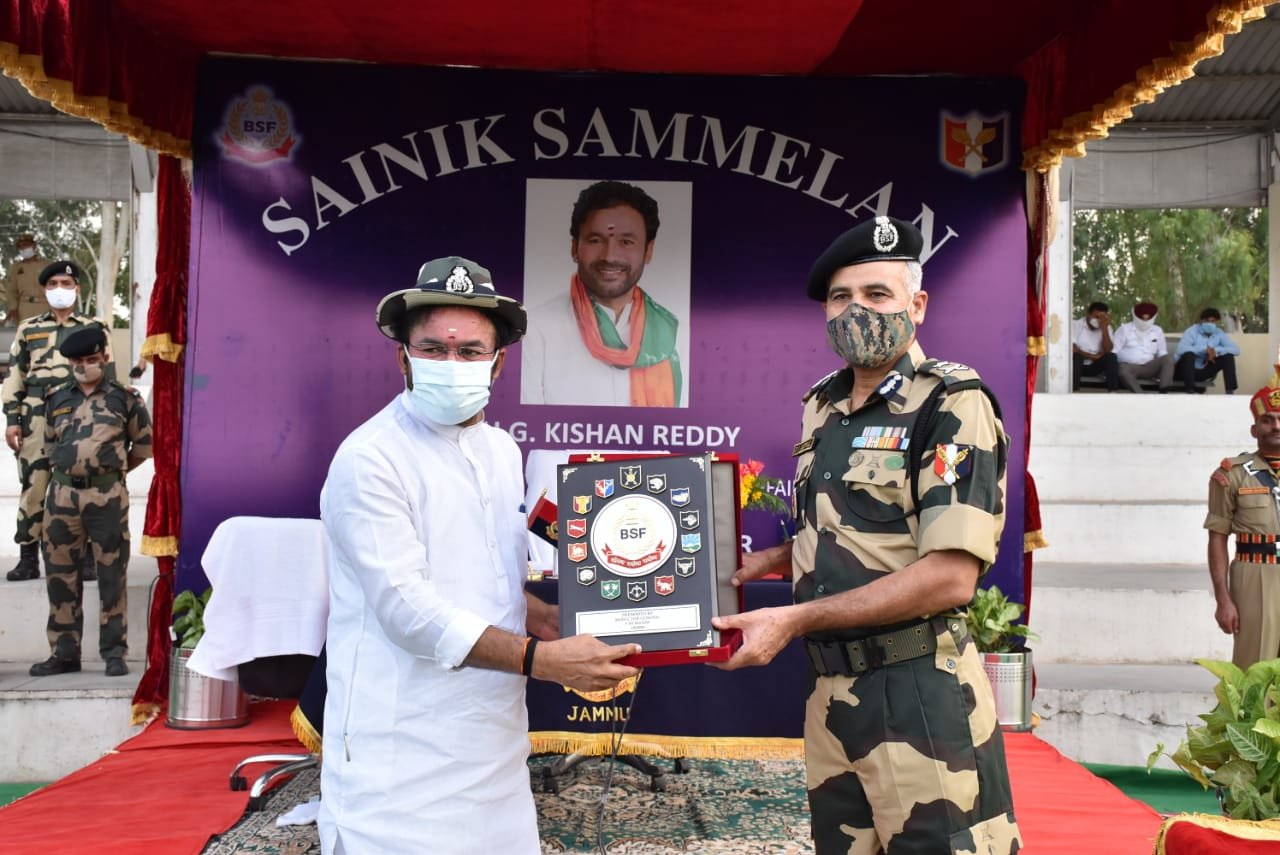 JAMMU: Union minister G Kishan Reddy on Friday visited the BSF frontier headquarters here and was briefed on the plans in place to counter the threats and challenges along the International Border in Jammu and Kashmir.
The union minister of state for home lauded the border guards for successfully eliminating threats emerging from across the border.
Earlier immediately on his arrival, Reddy paid obeisance at the famous cave shrine of Vaishno Devi atop the Trikuta hills in Reasi district.
He was given a detailed operational presentation on the current security situation along the IB by Inspector General of BSF, Jammu Frontier, N S Jamwal, a spokesperson of the force said.
“The minister was also shown the different systems and innovation techniques adopted by the force to neutralise the trans-border threats from the counterpart side,” he said.
The official said the minister also addressed a ‘Prahari Sammelan’, in which about 250 BSF officers and personnel were present.
He said the minister appreciated the recent success of the Jammu Frontier in eliminating intruders from across the border, seizing large quantities of narcotics and detecting underground tunnels.
Reddy said that due to the relentless efforts of Prime Minister Narendra Modi and Union Home Minister Amit Shah, the BSF has been provided with modern weaponry and state-of-the-art technology to effectively guard the international borders against the new threats.
He said the central government has been working continuously to provide all possible assistance to the BSF, the spokesperson said. (Agency)