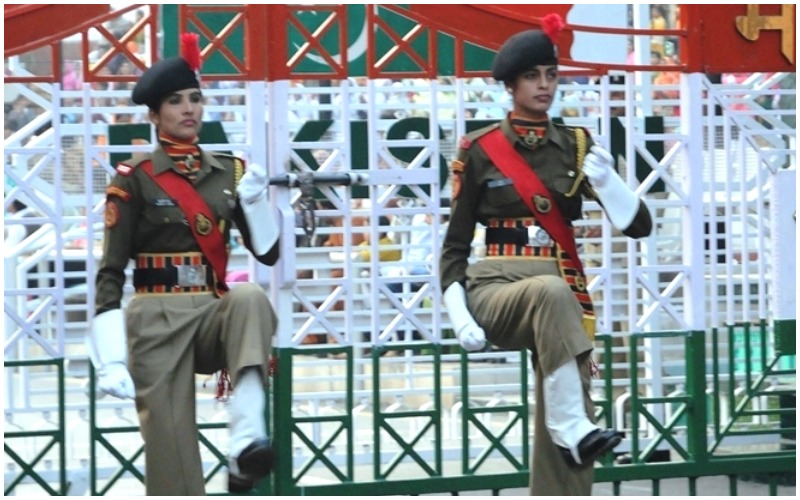 Srinagar/UNI: The Army on Friday deployed women soldiers at various checkpoint in central Kashmir district of Ganderbal in an attempt to bridge the gap between locals and security forces.

This is the second district in the valley where women soldiers have been deployed to support in security-related operations, including house-to-house searches during Cordon and Search Operations (CASO).

Much to the surprise of the locals, these women soldier were on Friday seen deployed at various checkpoints in Ganderbal, where they were helping male soldiers to frisk women and children.

“We are here to assist local women and at the same time maintain peace. We have been asked to deal with womenfolk’s at checkpoints so that we can create a bond with them… then only will they repose their trust in us. So far the response has been very good. Everyone we have interacted with has been very nice,” a Riflewomen, who was deployed at a checkpoint, said.

Another women soldier said that they (riflewomen) do all the duties which male jawans do.

“We are happy that the local girls look up to us and want to be like us when they grow up,” she added.

In August 2020, the riflewomen from Assam Rifles were deployed in the border district of Kupwara in north Kashmir to check the smuggling of drugs and weapon through women Over Ground Workers (OGWs).