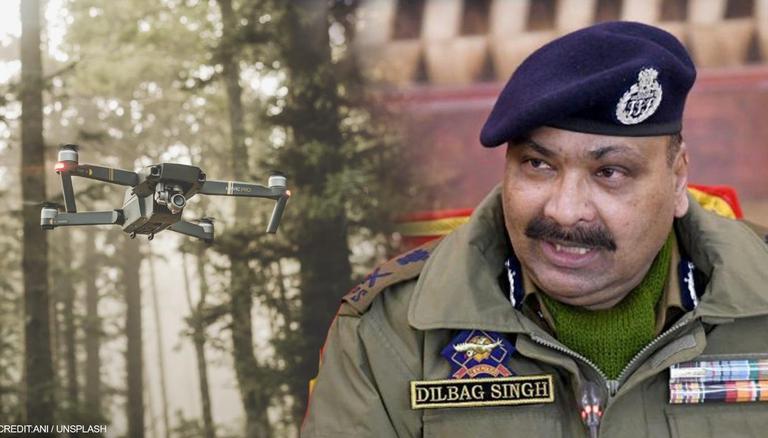 Jammu and Kashmir DGP Dilbag Singh has revealed that the initial investigation hints that Pakistan-based terrorist organisation LeT (Lashkar-e-Taiba) is behind the Jammu drone attack. On the intervening night of June 26-27,  twin explosions rocked the technical area of the IAF airbase in Jammu causing minor damage to the facility and leaving two Indian Air Force officers injured. Talking exclusively to Republic TV, DGP Dilbag Singh also revealed that suspicion of involvement of Pakistani agencies with LeT cannot be ruled out.

Jammu and Kashmir police were probing the twin blast case that occurred in the technical area of the IAF airbase in Jammu before the case was handed over to the National Investigation Agency (NIA).

Talking about the primary investigation DGP Dilbag Singh revealed, “Primarily the suspicion was on Lashkar-e-Taiba which operates from Pakistan and the LeT has also been involved in similar kinds of incidents in the past. The day when this attack took place another IED was sent by the LeT through a drone. Jammu and Kashmir police was working along with other agencies on that incident. But they had inputs in advance so they played a trap in which the IED receiver who was directed to place the IED in a crowded place was arrested along with the receiver and placer.

“Apart from this, whosoever were involved in the network, some people of Kashmir were also involved they have also been nabbed and the Jammu and Kashmir Police are also questioning them parallelly. Such types of deeds have been done by the LeT in the past in which they use drones to smuggle weapons, explosive materials, and narcotics. Till now the strongest suspicion is on Lashkar-e-Taiba and the involvement of foreign agencies in the Jammu drone attack cannot be ruled out,” added DGP Dilbag Singh.

Talking more about the Jammu drone attack, Dilbag Singh said that the preliminary investigation had revealed that a mixture of RDX and TNT were used. Although the report has confirmed the presence of RDX, the confirmation of TNT will is pending till further report comes.

Dilbag Singh also said, “Drones have been used many times in the past 8 to 10 months. Many times BSF has noted this on the border and has also shot them down. Another instance was when a drone arrived from across the border but it fell down due to a technical problem.” Jammu and Kashmir DGP also said that the agencies are on high alert and a security review has also been done in Srinagar.

The BSF on Friday opened fire on a suspected Pakistani surveillance drone after it tried to venture into the Indian territory on the International Border here, officials said. The drone was spotted by the alert BSF personnel in the Arnia sector on the outskirts of Jammu around 4:25 am, they said. The officials said the suspected drone returned to the Pakistani side when the border guards fired half a dozen rounds to bring it down.