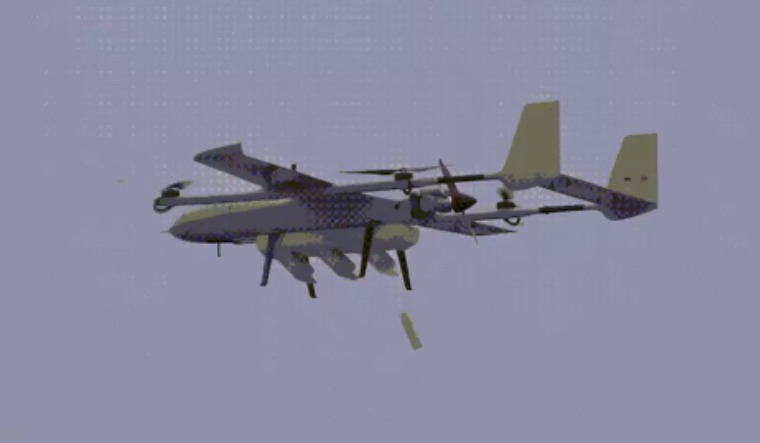 The ministry of external affairs officially confirmed that a drone was spotted above the Indian High Commission at Islamabad. The incident occurred on June 26.

“This has been taken up officially with the government of Pakistan,’’ said Anurag Srivastava, spokesperson of the external affairs ministry at a virtual weekly briefing. “We expect Pakistan to investigate and prevent recurrence of such breach of security.’’

The drone was fitted with a camera, according to intelligence sources, and was being used to take pictures of those who attended an event at the High Commission. The idea, according to sources, was to discourage attendance.

The news of a drone over the Indian High Commission in Islamabad was reported earlier in the day. However, there was no confirmation of the incident till the MEA chose to address the issue at the weekly virtual briefing.

This incident came a day before a drone attack on the Indian Air Force station in Jammu. India had raised the issue of drones being used for cross border attacks at the second United Nations High-Level Conference of Heads of Counter-Terrorism Agencies of Member States by special secretary, (internal security), ministry of home affairs, V.S.K. Kaumudi, on Tuesday. “Being a low-cost option and easily available, utilisation of these aerial/sub-surface platforms for sinister purposes by terrorist groups such as intelligence collection, weapon/explosives delivery and targeted attacks have become an imminent danger and challenge for security agencies worldwide,’’ he said.

Interestingly, India chose not to name Pakistan as being responsible for the attack at the UN.  Kaumudi did respond to Pakistan’s allegations about India and terrorism, but this time, there has been a careful response about not naming and shaming Pakistan as the earlier policy has been.

India has chosen to deal with the Jammu attack a little more carefully this time. There was an attempt to draw a distinction between the government and Lashkar-e-Taiba, choosing to dial down the usual attendant rhetoric that usually follows a terrorist attack. The response has been a departure from India’s usual response to Pakistan which is high on rhetoric.

On Monday, as Defence Minister Rajnath Singh went to Ladakh to inaugurate 40-odd bridges his speech was a message for China, and also Pakistan. “We were neighbours, we are neighbours and will remain neighbours. Can’t we find a permanent solution on the disputes by talks? Only thing is that there should be a clear intention,” Rajnath Singh said at Leh. The signal might have been for China, but it is clear that a slightly less harsh tone is being employed when dealing with Pakistan too.

Whether or not it is due to the much-talked about back-channel discussions between India and Pakistan that have been denied on both sides, there is a subtle shift in India’s position on Pakistan. The ceasefire at the Line of Control, declared by both militaries in February, has held for over three months. There have also been visas issued for sports and the Indus Water officials meeting.

More than the silence of guns, what is more telling is India being oddly reserved by not pointing a finger at Pakistan after the drone attack on an airbase in Jammu this Sunday. Or the measured tone in responding to the surveillance spotted over the High Commission in Islamabad.