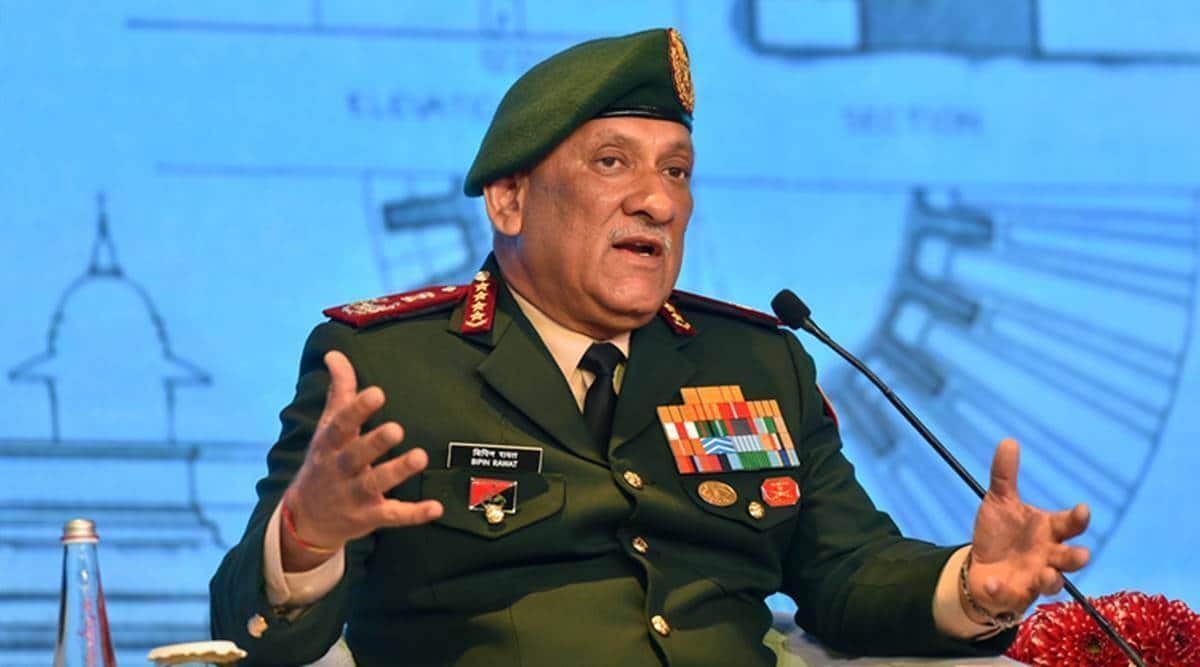 Speaking at an event organised by the Global Counter Terrorism Council, General Rawat said the “Air Force is required to provide support to the ground forces” and “do not forget that Air Force continues to remain a supporting arm to the armed forces, just as artillery support or the engineer support the combatant arms in the Army”.

“They will be a supporting arm. But they have a charter, they have an air defence charter and supporting the ground forces in times of operations. This is the basic charter which they have to understand,” he said.

Speaking at the same event later, Air Chief Marshal Bhadauria, without referring to the remarks of the CDS, said: “It is not a supporting role alone. The airpower has a huge role to play. In any of the integrated battle areas, it’s not an issue of support alone.”

The IAF has some reservations on the proposed structure of the integrated theatre commands. The proposal envisages a maritime theatre command, an air defence command and three land-based commands for the western border facing Pakistan, the northern and eastern borders facing China, and a command for J&K and Ladakh to look at both borders and the insurgency in the Valley.

The IAF, sources said, is aware that its assets will be divided among the proposed theatre commands, and the theatre commander will be reporting directly to the Chiefs of Staff Committee headed by the CDS.

In his address, General Rawat said “we intend creating an air defence command which will be responsible for the airspace, whether it is aircraft, whether helicopters, drones, UAVs… you have artillery weapons systems that use the airspace, there are missiles which are going to be used in the airspace”.

“I think there is a need to coordinate anything that uses the airspace because you cannot afford to have fratricide. Have just seen one issue where one drone has come into our airbase and caused some disruption to us. All this has to be avoided, there is a need to integrate under one unified command… air defence command, where one commander will be responsible for ensuring the entire management of the airspace above.”

“Because you have the western theatre and northern theatre” dealing with Pakistan and China, “we are creating land-based theatres for them,” he said.

“The reason is that the Air Force is not just responsible for air defence, it has got other charters. It has got a charter of providing close air support to land forces when they undertake operations and for offensive air operations in case you go into the adversary’s territory. Same thing when the Navy is operating at sea… naval ships also require some air support.”

He said the Air Force is also “responsible for carrying out close air support and offensive air support”.

“Now, you need some kind of air command component, advising the theatre commanders. What we are saying is there will be air component commanders who will be advisers to the western theatre commanders and northern theatre while the air defence command will be done by one entity as is being done today. Even today, the entire air resources of the Air Force is not commanded by one agency. They have got five operational commands, where the entire resources of the Air Force are distributed.”

General Rawat said the maritime theatre command “will be responsible for the security and safety of anything that happens in the entire Indian Ocean including island territories in the east and the west coast.”

He said there will be “two separate theatres which will be responsible for taking on the western adversary and the northern adversary” and in case of a “two-front war, we will be deciding on the primary front and the secondary front”.

On the existing Northern Command, he said it is “one command which looks after both the fronts like the China front in Ladakh and the northern front in the Kargil sector” and “you have a unified command headquarter which is functioning very well, ensuring stability in internal security in Jammu and Kashmir”.

Although the “situation is gradually improving day after day,” he said it “doesn’t mean that the situation again may not turn ugly”. Therefore, General Rawat said, the Northern Command “for the time being will remain as a command while we have two theatres on the east and the north and another on the western side”.

Speaking later, Air Chief Marshal Bhadauria said the “issues we have raised, in internal discussions, is how we should do it, we must get it right”. He called it the “most important reform that has an impact on warfighting”.

“When we do an integrated theatre command, we should reach the next level of ability to project our comprehensive national power. We should be able to synergise.” He said the issues raised by them in internal deliberations is to “get it right”.

“We are totally committed to the theatre command, but we must get it right. And that is the focus area with which we are doing all our deliberations. And there are issues that are being looked at. There are deliberations between the three services with the CDS and that process is continuing.”

He said the “important issue is, there are many complex issues when you set up an integrated theatre command, and many of those issues should be upfront looked at very clearly” and “we should clearly understand how are we going to structure it, sort out the principles, sort out the important issues and thereafter implement it”.