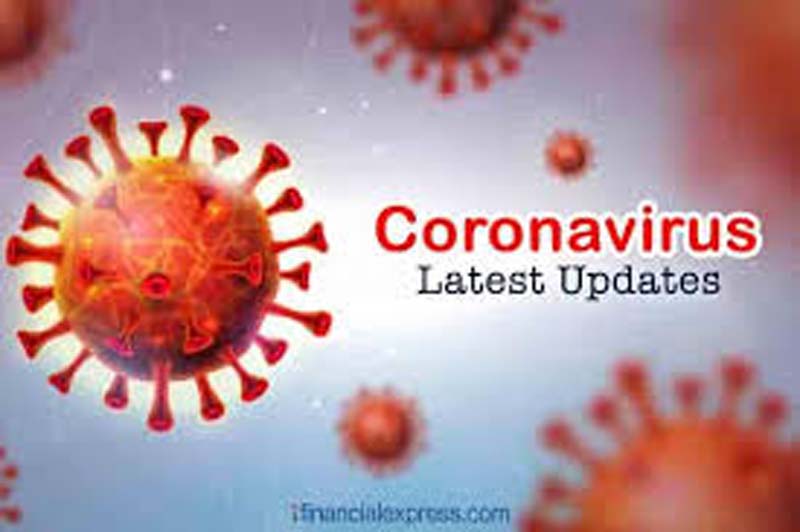 One casualty, 254 cases in Kashmir

Excelsior Correspondent
JAMMU/SRINAGAR/ LEH, July 2: A five-year-old child, a 96-year-old man and three women died of COVID-19 while 77 persons tested positive in Jammu region today. Kashmir reported one COVID death and 254 cases.
Of five Corona fatalities in Jammu region, four were registered in Doda district and one in Jammu.
A 5-year-old child from Gandoh in Doda district succumbed to co-morbidities and COVID-19 at Maternity and Childcare Hospital (MCH) Gandhi Nagar today.
A 96-year-old man from Talab Tillo in Jammu district died of multiple ailments and virus in the Government Medical College (GMC) Jammu.
Three women from Doda district also breathed their last due to COVID-19 in the GMC Doda. They include 80-year-old from Jathaili Mohalla in Ghat area, 64-year-old and 65-year-old from Bhaderwah.
Significantly, the Bhaderwah women died after 42 and 20 days of hospitalization in the GMC Doda.
Out of 77 persons, who tested positive for pathogen in Jammu region today, 13 cases each were detected in Doda and Ramban districts, 12 in Jammu, eight Kishtwar, seven each in Udhampur and Rajouri, five each in Kathua and Reasi, four Poonch and three in Samba district.
As against 77 fresh cases, 158 persons today recovered from the virus.
Jammu region now has 1,19,852 Corona cases. Among them, 1832 are active positives and 1,15,908 have recovered from the virus. There have been 2112 casualties in the region.
The Union Territory of Ladakh today reported 17 new COVID cases including 10 in Leh and seven in Kargil district.
Ladakh now has 20090 Corona cases including 262 active positives, 19626 recoveries and 202 deaths—144 in Leh and 58 in Kargil.
Meanwhile, Kashmir today reported 254 fresh cases of COVID-19 while one person died in the Valley.
Those who tested positive include 78 from Srinagar, 27 from Baramulla, 29 from Budgam, 27 from Pulwama, 18 from Kupwara, 26 from Anantnag, 6 from Bandipora, 19 from Ganderbal, 22 from Kulgam and 2 from Shopian in Kashmir.
As per officials figures, 70,121 positive cases including 829 deaths and 68,504 recoveries are from Srinagar, 23,290 including 278 deaths and 22,735 recoveries are from Baramulla, 22,605 including 22,136 recoveries and 204 deaths are from Budgam, 14,897 including 14,537 recoveries and 192 deaths are from Pulwama, 13,833 including 165 deaths and 13,428 recoveries are from Kupwara, 16,116 including 15,736 recoveries and 203 deaths are from Anantnag, 9,312 cases including 9,088 and 100 deaths are from Bandipora, 9,620 including 9,362 recoveries and 76 deaths are from Ganderbal, 11,089 including 10,802 recoveries and 116 deaths are from Kulgam and 5,556 including 5,488 recoveries and 58 deaths are from Shopian.
The number of cases in Kashmir division has reached 196,439 including 191,841 recoveries and 2,221 deaths.
The number of active cases in Jammu and Kashmir are 4,209 including 2,377 from Kashmir division.
With 437 more recoveries, the tally of total recoveries in Jammu and Kashmir has reached 307,749, which is 97,30 percent of the total cases.
As the COVID cases declined, the recovery rate has shown an improvement of about 10 per cent in the last one month.
As per the official data, the recovery rate on the first June in J&K was 87.27 percent, which has now reached 97.27 percent on July 1.
The recovery rate in Srinagar is 97.70 per cent, Baramulla 97.62 percent , Budgam 98.05, Pulwama 97.49 percent, Kupwara 96.97 percent, Anantnag 97.70 percent, Bandipora 97.44, Ganderbal 97.22 percent, Kulgam 97.39 percent and Shopian 98.75 percent.
There are 2403 active cases in Kashmir which include 781 from Srinagar, 274 from Baramulla, 236 from Budgam, 181 from Pulwama, 253 from Kupwara, 167 from Anantnag, 138 from Bandipora, 190 from Ganderbal, 172 from Kulgam and 11 from Shopian
With the COVID-19 positive cases decreasing with every passing day, the SKIMS, Soura and its Medical College & Hospital at Bemina have started the non-COVID patient care.
SKIMS, Soura had earlier allowed a regulated number of patients to its OPDs of various specialities, while as the teleconsultation services were also available, but now the OPDs have been made fully functional.
The hospital has also the resumption of elective surgeries which were earlier halted following a surge in the COVID-19 cases.
At the same time, the Medical Superintendent SKIMS MC&H told Excelsior that they have also resumed the non-COVID services at the hospital following an improvement in the COVID situation.
“Non-COVID OPD and IPD services started for all specialities except for Gynae & Obstetrics,” she said.