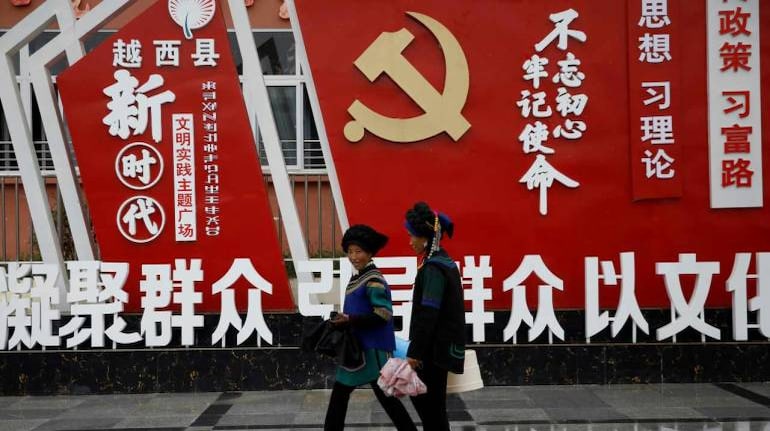 In the 100 years since the formation of the Communist Party of China (CPC), few things have changed as dramatically as Beijing’s approach to its external affairs.

Mahindar Singh, who migrated from the pre-Independence British department of external affairs to the Indian ministry of external affairs and commonwealth relations after the end of British colonial rule, recalls in his book ‘Undiplomatic Memoirs’ the birth pangs of communist China’s foreign ministry and the dilemmas that Mao Zedong’s earliest diplomats faced.

Many of them were imports from Chiang Kai-shek’s regime. But they had valuable experience from Nanking — now officially Nanjing — during the Kuomintang rule, when Generalissimo Chiang Kai-shek declared Nanking as the capital of the Republic of China. So Mao decided to keep them in the new China’s nascent foreign policy apparatus.

The Kuomintang diplomats were easy-going and friendly like their Western counterparts and the Indian embassy in Nanking led by Ambassador KM Panikkar had good relations with them. Singh, who was a diplomat at the functional level at the embassy, had many friends among Chinese diplomats. They soon moved to Beijing just as the Indian embassy did after Jawaharlal Nehru recognised Mao’s People’s Republic: India was the second country — after Burma — from outside the Communist bloc to recognise communist China.

One day on a Beijing street, Singh ran into one of these Chinese diplomats with whom he had been especially on friendly terms in Nanking. The diplomat looked through him and walked past Singh without a hint of recognition. Late that night, after the neighbourhood had gone to sleep, there was a knock on Singh’s door. When he opened, the same diplomat who ignored him on the street was standing outside, but would not go into Singh’s flat. He was nervously looking over his shoulder. He told Singh never to contact him again, that his communist bosses would punish him if he was in touch with foreigners.

Communist Chinese diplomacy was slow to change, but when change came it was top down and was hard for those who go by conventional diplomatic norms to get used to. AK Damodaran, a Sinologist and a Kremlinologist at once, whose birth centenary is being celebrated this year by his numerous successors in the Indian Foreign Service and his admirers in the world of scholarship, is on record in speeches and writings how Chinese Prime Minister Zhou Enlai became the kingpin of the CPC’s diplomatic manoeuvres in the 1960s.

“Our Charge d’Affaires, P K Banerjee, was due to leave Beijing. He had been in charge throughout the (1962) border conflict and later,” said Damodaran many years ago in a lecture that still has immense value for Sino-Indian relations in a historical context. “However, it was something of a surprise to us when we were told that Zhou Enlai would himself receive Banerjee for a farewell call. I was one of the officers who accompanied the head of mission. It was a memorable occasion by any standard. Zhou Enlai had a lengthy conversation with Banerjee and repeatedly expressed his hope that the present uncomfortable period would be over soon.”

Chinese diplomatic practices and interactions hardly changed in the first half of the 100 years of Chinese communist diplomacy. It was not until Beijing became a member of the United Nations in 1971 that its communist rulers had full exposure to global diplomatic practices. Although China was a charter member of the UN since 1945, the real China, Mao’s People’s Republic, was unfairly denied its seat at the UN for 26 years. India or Israel, which came into their own at the same time as Mao’s China were major actors on the world stage by then.

In the nearly half century since Beijing took its seat as a permanent member of the UN Security Council with veto power — its due which China was deprived of in a gross travesty of equity in diplomacy — external engagement by Beijing’s diplomats has changed beyond recognition.

To start with, they discarded their dowdy Mao jackets and switched to suit and tie without ever being flashy. Indian diplomats in New York, London and Paris are often in ties bought from Bergdorf Goodman with Blackberry scarfs draped around their necks. It is rare to find Chinese diplomats similarly showing off even when they are the most elegantly turned out ones at a ceremonial reception.

When India’s elected two-year tenure was ending at the UNSC in December 2012, the Chinese Permanent Representative to the UN, wrote a remarkable letter to his Indian counterpart Hardeep Singh Puri, a consummate multi-lateralist, recalling and praising Sino-Indian cooperation in the council during that period. Such co-operation, especially during their respective presidencies of the council, advanced the founding principles of the world body and the work of the council.

Six decades earlier, no Chinese diplomat would have written such a letter to his Indian — or any other — counterpart on record. Only Mao or Zhou could take such liberties in interactions with foreigners. Today, the Chinese Ambassador in New Delhi, Sun Weidong, routinely makes policy statements which were once the preserve of the Foreign Minister in Beijing or those above him. Such changes have enabled Indians to get over the notorious handicap of Chinese inscrutability and make assessments which are critical when confronting challenges such as the ongoing Ladakh imbroglio.

The most important assessment to make from such changes is that China does not engage in zero-sum games with India on issues that are not bilateral. Even in bilateral interactions, the only occasion when Beijing resorted to a zero-sum game was in favour Pakistan in September 1965 during the India-Pakistan war.

In retrospect, a firm Chinese demarche over a flock of 365 sheep crossing from India at the Nathu La border between Sikkim and Tibet seems amusing, but at that time it left Indian diplomats scratching their heads over a new high in Chinese diplomatic inscrutability.