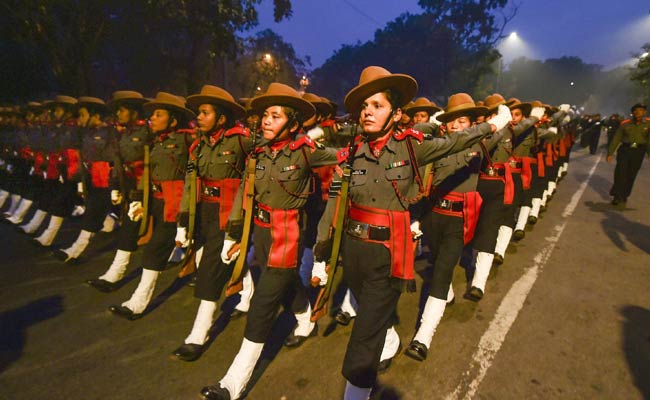 The Assam Riflewomen have been deployed in some areas of Kashmir. (Representational)

Army officials in Kashmir have now got vital support in conducting security-related operations with women soldiers from the Assam Rifles assisting the troops in maintaining peace in the Valley.

The Assam Riflewomen have been deployed in some areas of Kashmir where they help the male soldiers in frisking women and children at motor-vehicle checkpoints, officials said.

They also help in house to house searches during cordon and search operations, they said.

But more than their primary role, these riflewomen are happy shattering the myths around Kashmir and inspiring local girls to dream bigger and aim higher in life.

Riflewoman Rekha Kumari, from Vardhman District of West Bengal, has served in Manipur and Nagaland before arriving in the valley a month ago.

“There are apprehensions and fears about coming to Kashmir but then we are here in the service of the nation. Also, there is too much myth around Kashmir. People here are nice and we feel good while interacting with them,” Ms Kumari said.

She said while being part of the search operations, the riflewomen present the soft side of the armed personnel to the local populace.

“We are women and have to deal with womenfolk. So we start from that common ground. We have to be humane so that the local women repose their trust in us…We are here to serve them,” Ms Kumari said.

Riflewoman Rupali Dhangar, a native of Maharashtra, is more into tough soldiering.

“We do all the duties that male soldiers do. We guard the gate, we man the bunkers, we go into cordon and search operations. There is no fear. This is part of our duty,” she said.

Both riflewomen are happy that local girls look up to them for inspiration.

“Many girls want to be like us. It is not necessary they also become soldiers, let them follow their dreams, let them aim higher than the highest they thought they could go,” Ms Dhangar said.

The Assam Rifles women were initially deployed in Kupwara district to check the rising drug trafficking. The male officials in the army were finding it difficult to frisk the women suspects moving close to areas along the Line of control, a senior official said.

The induction of riflewomen has helped the security forces to check the smuggling of drugs from across the LoC, he added.