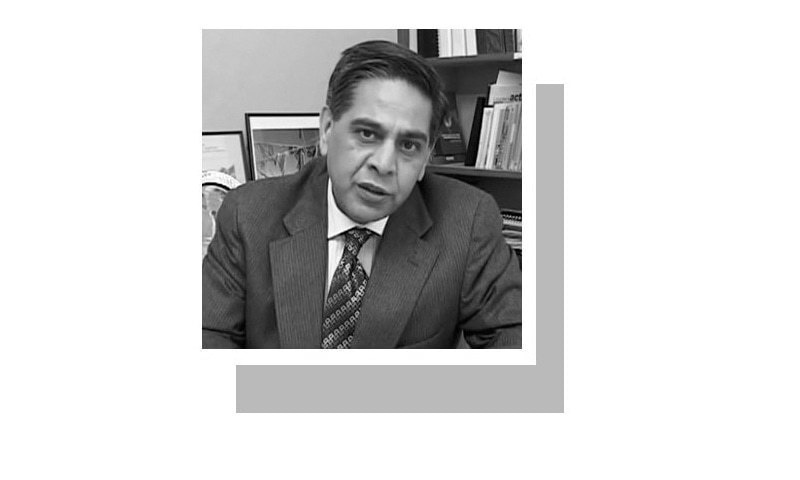 PAKISTAN’S water leadership has brought the country’s water security to the brink. Supply-side management has historically driven our water institutions. Primarily designed to distribute water, a resource that was once available in abundance, these institutions have continued to build one case after the other for higher water quantities, at no or very little cost to themselves, instead of finding ways of efficiently managing unbelievably large quantities they already have at their disposal in both Punjab and Sindh.

Water-related institutions have become bystanders in the face of long-term critical trends: they have closed their eyes to the changing crops and expansion of water-intensive cropping, growing urban and out-of-basin usage, and altered patterns of monsoons causing water variability. Also, agriculture has steadily moved from subsistence level to water-intensive commercial cropping, draining the country’s surface and sub-surface waters. The new agro-industries influence water decision-making at all levels. The result? Water prices are static like the fuel needle of a non-moving car.

With the Indus Waters Treaty, prestigious engineering marvels have become the key drivers of our water and nation-building policies. This fascination has dominated our water management approach. Instead of finding economic virtues in water saving and efficiency, we continue to invest in infrastructure that only help us imagine abundance. The Water Apportionment Accord (WAA) is a good example of living in this fantasy world.

The WAA laid the principles for water distribution of 114.35 MAF among the four provinces, a high-quantity figure that has never been available since 1991 when the accord was inked. This notional level is not possible unless new reservoirs are built upstream in Gilgit-Baltistan that is otherwise not a part of the accord. The undercurrent is the construction of at least one large dam for full implementation of the interprovincial agreement. In several ways, this ask is at the heart of the water conflict between Punjab and Sindh.

Managing water scarcity is a function of judicious use in the most wasteful sector — agriculture.

The WAA has left it to the Indus River System Authority (Irsa) to figure out how to manage lesser quantities in various months for various crops. The WAA has, however, left two basic questions unaddressed: i) what if there was no agreement on the construction of new reservoirs, and ii) how the growing scarcity would be managed in the interim. Real life is more complex: the WAA had not envisioned the prospect of a Seraiki province in southern Punjab and the political importance of providing water through the Taunsa-Panjnad canal during acute scarcity. Also, it was not envisioned that Punjab would lose most of its 9.3 MAF water to India from the Beas, Ravi and Sutlej, leaving about 3 MAF — and that too mostly during the monsoons — to become even less flexible with Sindh in the Irsa meetings.

Irsa data shows that during 20 out of 29 years of the accord, the shortages in the Indus have fluctuated between 10 per cent and 28pc, while for the remaining nine years it was less than 9pc. Simply put, an average 9pc water savings in agriculture of the two provinces would have given us almost a decade without any shortfall. Or, about 28pc less water application in two provinces could help us manage within the existing water budget, without any additional storage capacity. This line of thought alone can give the accord a lease of life for another 30 years. The message for Pakistan’s water leadership is simple: managing water scarcity is a function of judicious use in the most wasteful sector — agriculture — rather than shouting at each other for additional supplies.

A series of ad hoc decisions during the 2021 pre-monsoon scarcity reveal the bankruptcy of water decision-making that vacillated between hope and despair. Knowing that the shortfall had previously touched 28pc on several occasions, it was simplistic, if not naïve, to hope that the crisis could be averted with a 10pc reduction in supplies. Later, the cuts were increased incrementally to 23pc and 32pc. The reservoirs were allowed to hit dead level knowing that refilling can jeopardise canal flows risking Kharif crops and halt energy production in Tarbela during the peak demand season. Instead of taking responsibility for poor policies, Irsa blamed continued low temperatures in Skardu, late rains in the upper reaches and climate change.

Concurrently, Irsa took several last-minute but important decisions that in future can serve as the basis for long-term scarcity management by the provinces. This includes facilitating early sowing of wheat in Sindh during April and disallowing rice cultivation in the areas between the Guddu and Sukkur barrages. In fact, long-term scarcity management would require two additional steps. First, phasing out of paddy between the Sukkur and Kotri barrages; second, curtailing direct outlets downstream Guddu, particularly in the upper districts of Jacobabad and Sukkur on the one hand, and Khairpur and Naushahro Feroze on the other. Over-consumption there leaves precious little for the districts in the lower regions.

In the WAA’s lexicon, “record of actual average system” uses data for 1977-82 that forms the basis for Irsa to share shortfalls and surpluses. In 1991, it was the only data set available. New data sets have not been entertained. The system failed with the first serious shortfall when, in 2000, the flows shrunk to 102.73 MAF. Sindh and Punjab started invoking different clauses of the accord to get additional supplies. Irsa created a three-tier formula for Punjab and Sindh, leaving KP and Balochistan out of this arrangement. In 20 years, Irsa has failed to convince Sindh. Going forward, it is clearly time for Irsa to break the stalemate and find some new basis for scarcity management. Oddly, Irsa still monitors surface water flows manually rather than using available telemetry technologies.

The accord is based only on the principle of historical usage for water distribution. Punjab and Sindh need to work together to create policy space by exploring such actions as i) economic efficiency in usage including water trade, ii) population size that relies on surface water supply, iii) special needs because of droughts, iv) environmental flows for the delta and creation of wetlands, and v) climate-induced variations in water flows.

The writer is an expert on climate change and development.