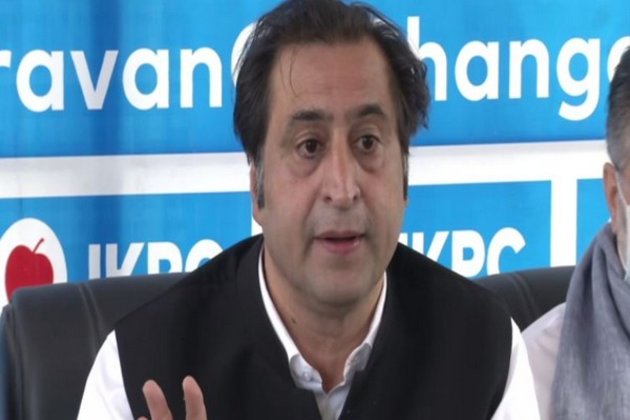 Srinagar (Jammu and Kashmir) [India], July 1 (ANI): Days after meeting of leaders from Union Territory with Prime Minister Narendra Modi, Jammu and Kashmir People’s Conference Chairman Sajjad Lone on Thursday said that statehood for Jammu and Kashmir should be delivered now but made it clear that he is not linking it with elections.

“Statehood should be delivered now not as a matter of charity…, ” Lone told reporters.

“I would not link elections with statehood,” he said when asked if he is open to elections before the return of statehood.

After the all-party meeting on June 24, Union Home Minister Amit Shah said that the delimitation exercise and peaceful elections are important milestones in restoring the statehood of Jammu and Kashmir as promised in Parliament.

“We are committed to ensuring all-round development of J-K. The future of Jammu and Kashmir was discussed and the delimitation exercise and peaceful elections are important milestones in restoring statehood as promised in parliament,” he had tweeted.

Welcoming the June 24 meeting attended by 14 prominent leaders from the Union Territory, the People’s Conference Chairman expressed hope of starting a “phase of reconciliation” between Delhi and Srinagar.

“We welcome the meeting. It was held after two years, leadership demands that we should look towards the future for a bright tomorrow. We hope it starts a phase of reconciliation between Delhi and Srinagar. After what I read, I don’t think there is any single leader who did not make his people proud,” Lone said.

“We will strive to create enabling environment to facilitate delivery mechanism by Delhi. I as Kashmiri, not as a political leader, felt proud of all leaders there, they spoke for the people of Jammu and Kashmir, they reflected the pain in a befitting manner. I pay my respects to all the leaders who were there (in June 24 meeting),” he added.

The June 24 meeting was the first high-level interaction between the Centre and political leadership mainly from Kashmir since August 5, 2019, when the Centre revoked the special status of Jammu and Kashmir and the state was bifurcated into two union territories.